Sportslens.com
Home Teams Germany Analysis: How did Ghana get a result against Germany but lose to...

One thing we’ve begun to understand about football is that everything isn’t as simple as it seems; if it is, then you’ve probably got it wrong. Things sometimes are more complex than what you’d imagine. Football thus, isn’t an absolute sport. Team A could beat Team B who beat Team C, but Team C can still land up hammering Team A. Pretty strange isn’t it? The truth is that factors such as tactics employed, tactics of opposition, players involved, decision making, chances taken and a teeny bit of luck all are contributing factors to determining which way a result goes. 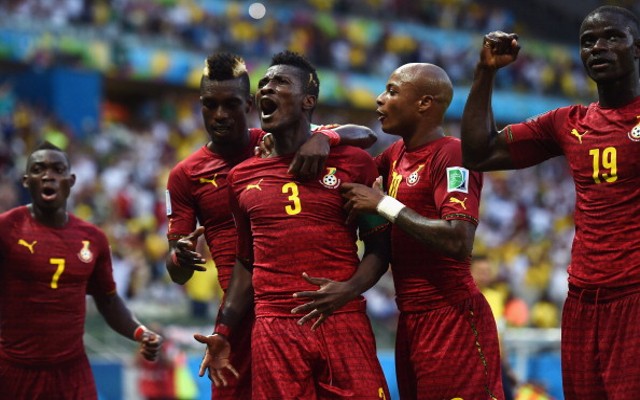 With the World Cup in full swing, one question being asked around by viewers constantly, is how a team like Ghana nearly managed to draw one of the favourites Germany, landing up getting a point, but struggling against the United States, a match which ended in defeat. In absolute terms, Germany being a better team than US, should have steam-rolled a side that lost to them. But yes, it isn’t quite that simple.

This brief analysis & explanation will give you an idea how those two seemingly contradictory results took place.

To start off, Ghana are a side that lay emphasis on their quick attacking approach. They set-up in a style that requires explosive pace and lung bursting runs. The idea is to win the game with a superior tempo, one which the opposition may find difficult to handle. A lone striker whose advantage isn’t necessarily just in the air but more along the ground, an attacking midfielder capable of putting through balls but equally adept at making pacy runs with & without the ball, and two men on the flanks capable of putting crosses in, cutting inside, while also ensuring they are back when needed, all give you a basic idea of Ghana’s approach.

They don’t want the ball, they want the opposition to have the ball, they trust their abilities of retrieving it in dangerous areas and taking advantage of those deeper players guilty of the tasty option of advancing forward and leaving space at the back. Yes, Ghana like to counter rather than create.

What transpired against the United States was that on paper, Ghana seemed a stronger side, certainly a more potent attack. Klinsmann would have realised their obvious threat on the counter. He would have asked his players to play a balanced game, not to sit completely deep like how a minnow would, but rather intelligent attacks ensuring they’re never short as such at the back. But with Clint Dempsey scoring the fifth fastest goal in FIFA World Cup history, plans changed for the US. They had the lead, they didn’t need the attack, they could instead play a more defensive game. Clever approach by Klinsmann.

That goal from Dempsey thus meant that the onus was on the Ghanaians, they were required to break-up and build-up play. Their attacking players who are encourage by spaces and excited by gaps to run at, were now asked to play short passes in the attacking third, put crosses into a congested box and resort to long range efforts from outside the area. The latter was something they could take their chance with, but the main threat of their attacking approach was nullified. No space, no gain.

The Americans were thus able to hold on to their lead, briefly relinquishing it before regaining it from a set-piece (another Ghanaian weakness, discussion for another day). Ghana struggled throughout that game, despite having more of the possession, something which they didn’t want. Their central attackers were lost for ideas, helped by Boateng’s introduction, while their wingers were fruitless.

Their game against the Germans was a complete contrast. Low’s men are also a side thriving on the pressure, but more than capable of playing the possession based game. Although they wouldn’t prefer it, they can play those intricate passes, form triangles, pivots and what not. With Germany being the superior side, they weren’t going to try and contain Ghana’s attack, instead they could get all three points by keeping the focus firmly on their own. Certainly not a risky approach, though a slightly naive one.

This meant that Germany were getting forward more than what the Americans did. Creativity came from the deep areas but so did pressure. Wide men got forward and despite defensive minded full-backs, gaps opened up for Ghana’s exploitation. You could almost sense Akwasi Appiah rubbing his hands in joy. It was due to this German approach and Ghana’s response that we witnessed one of the best games this World Cup. End-to-end, open & fast, bursting with aesthetic beauty, this game was what Ghana were looking for. 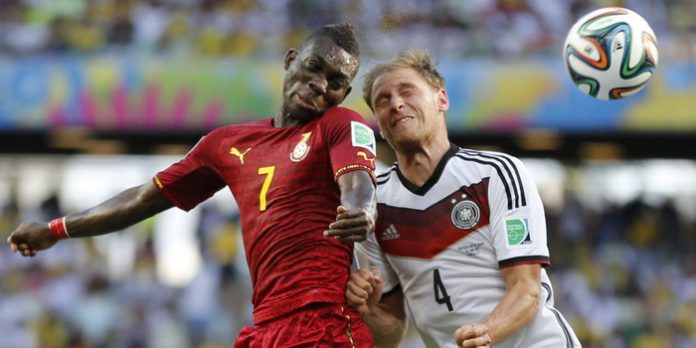 Both of Ghana’s goals came on the counter but nothing defines the Ghanaian approach more than what we witnessed from Jordan Ayew’s run. After coming on, the winger went past the shackles of Khedira and just punted a ball past Mustafi relying then on his pace to get to the end of it. Although the result of that move was a tame shot on goal, it showed what Ghana were trying to do. Pacy counter at it’s best. This resulted in a nice little World Cup point, which so easily could have been more.

Thus while it may seem strange how a Ghana side struggled against USA but got a result against Germany, and despite the claims that ‘anything can happen’ at this World Cup, the Germany-Ghana game was particularly one that had an explanation behind it. Let Ghana counter, and you’re asking for trouble. Are you listening Bento?