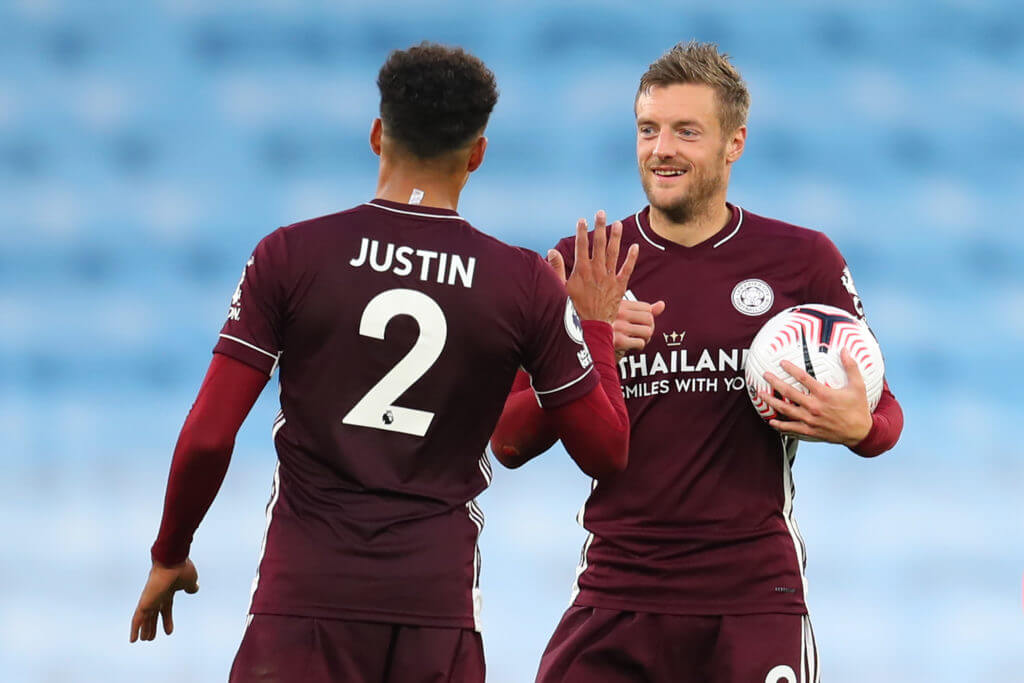 Jamie Vardy produced a fantastic performance as Leicester City won against Manchester City in the Premier League on Sunday.

Vardy became the first player to score a Premier League treble against Pep Guardiola’s side, as Leicester won 5-2 against City at the Etihad Stadium.

James Maddison scored a breathtaking goal from 25-yard out, while Youri Tielemans added another for the Foxes to seal all three points for the visitors.

Former Leicester City striker turned popular football pundit Gary Lineker took to social networking site Twitter to express his reaction. In a series of tweets, he expressed his joy at the performance and the result.

This is mad. Can’t quite believe what I’m watching. What a bloody super Sunday. Well played @LCFC 🙌🏻

Riyad Mahrez gave the hosts an early lead inside the opening five minutes.

Vardy restored parity prior to the half-time whistle. The Englishman scored two more, alongside goals from Maddison and Tielemans to hand Leicester a highly impressive victory.

The defeat gives champions Liverpool an early opportunity to open a six-point lead in the title race when they face Arsenal tomorrow night.

Nathan Ake headed his first Manchester City goal to offer a glimmer of hope in the 84th minute.

However, that hope quickly evaporated just four minutes later, when Tielemans scored Leicester’s third penalty after Maddison was pulled back by Benjamin Mendy.

Leicester have now won all of their three opening Premier League games.