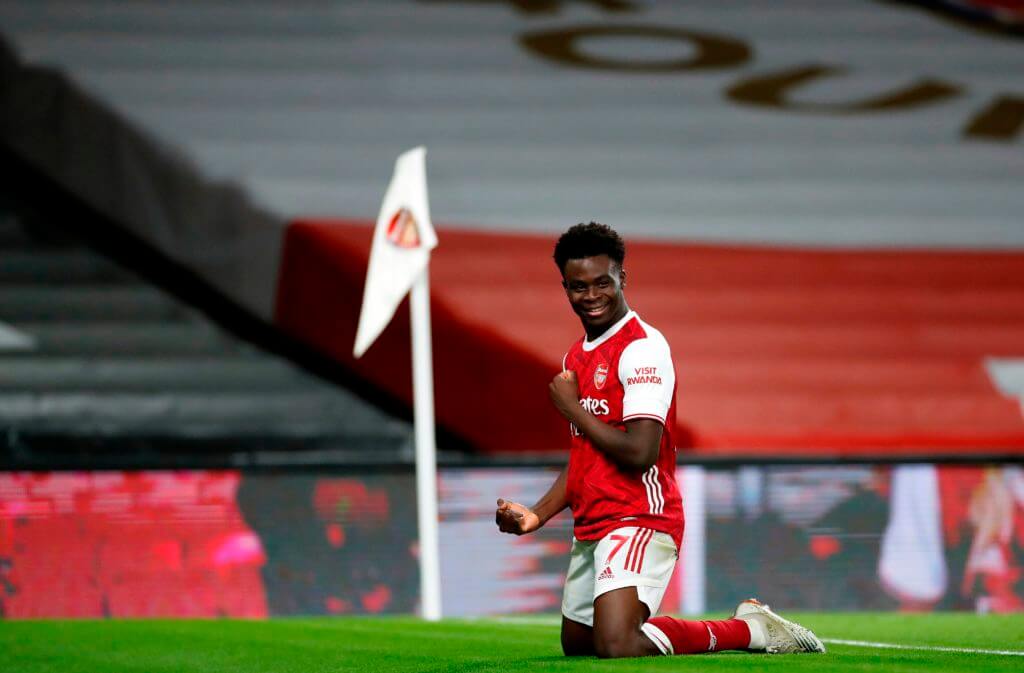 The Gunners earned a 3-1 victory over London rivals Chelsea in the Premier League and finally ended their seven-game winless run.

Alexandre Lacazette and Granit Xhaka scored before half time, while Saka scored in the second half with a delightful chip that dropped into the top corner.

While many feel that the 19-year-old probably intended to cross and that the goal was just a fluke, Crooks strongly suggested that it wasn’t the case.

The BBC pundit has praised Saka’s immense potential and says it requires a lot of skill to execute such an effort on goal.

He also claimed that Saka was one of the players who could hold his head high in the defeat against Burnley, and hailed his performance as ‘outstanding’ for his effort in the 1-1 draw against Southampton.

“I hope Arsenal realise what they’ve got here. This kid could be anything he wants to be. How anyone could even suggest that Saka didn’t mean to chip Edouard Mendy for Arsenal’s third against Chelsea, having seen the analysis, is a mystery to me,” said Crooks to BBC Sport.’

“You see the lad look at the keeper before he attempts to execute the skill. The only people who could possibly suggest this magnificent goal was anything other than a fluke are those incapable of displaying such ability.

“Saka was one of the few players who never gave up against Burnley in an otherwise abject performance – a 1-0 defeat 13 December – while his build-up play for Aubameyang’s goal in the 1-1 draw against Southampton three days later was outstanding.”

Saka is a highly-rated young talent, and big things are expected of him in years to come.

He has made 13 appearances in the Premier League already and has two goals to his name.

What has been really pleasing to watch is that the youngster has not lost his confidence despite his side’s poor run of form for months.

Arsenal are fighting at the bottom half of the table, and they badly need points to get themselves out of this mess.

Over the years, Arsenal have produced great players from their academy, and Saka could become their next big star if he keeps on improving.