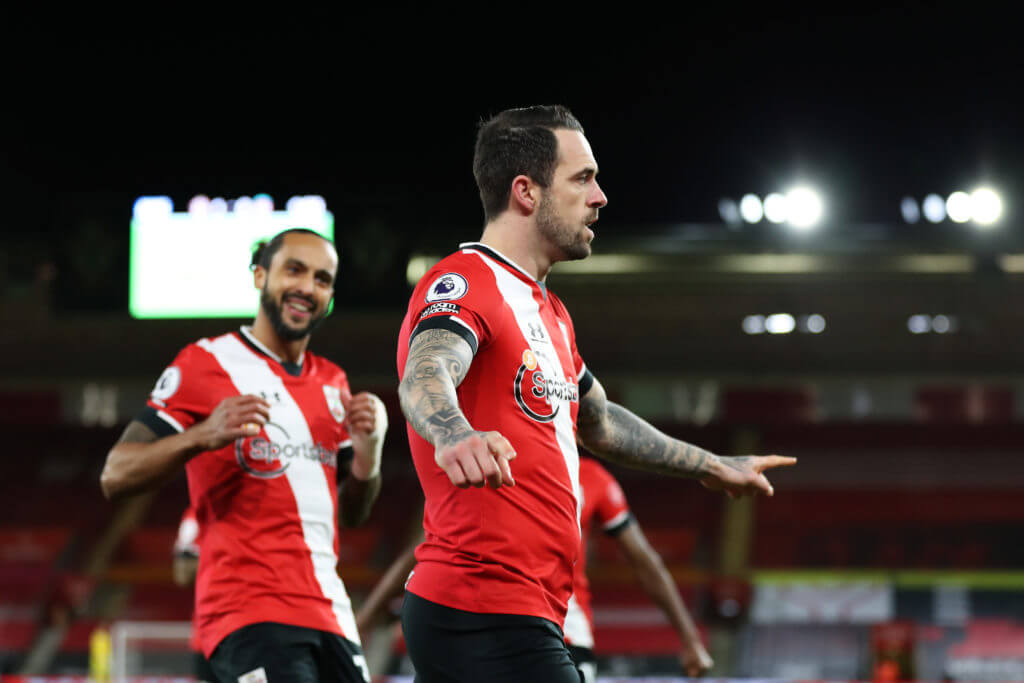 The talkSPORT pundit further claimed that the 28-year-old striker would be better off joining Tottenham’s north London rivals Arsenal instead.

According to a recent report from Eurosport, Spurs are considering a summer bid for the England striker who has scored seven goals this season already.

The 28-year-old striker, who is on a £75,000 per week deal at Southampton, has a contract at the club until 2022, and the Saints are desperate to agree fresh terms with their star player.

Ralph Hasenhuttl remains hopeful of keeping Ings at the club but has also hinted that the club could be forced to sell him in the summer.

Agbonlahor has warned the former Liverpool striker about joining Spurs, saying it could cost him a place in the England squad for the Euros, as he would likely to play as a second choice striker behind Harry Kane.

He feels that Ings should stay on the south coast, before adding that a move to Arsenal would suit him.

He told talkSPORT: “Does he want to move now and play second choice to Harry Kane at Spurs? That could cost him a place at the Euros.

“For me, I’d stay where I am and try and come to an agreement with Southampton.

“He would suit Arsenal at the moment. You look at [Alexandre] Lacazette and he’s come into some decent form, but you put Ings into that Arsenal team at the moment and he would definitely score goals.”

It has to be noted that Ings won’t be sold in the January transfer window. Any potential move for him will only take place in the summer, and by that time it would have no impact whether he makes the England squad or not.

However, Agbonlahor is probably right with his assessment regarding Ings’ future move to Spurs.

Ings is a very good striker, and he is playing regularly. He would love to join a club that plays in the Champions League but he would also seek assurances from the manager whether he would be getting regular games.

Spurs could tempt him with a lucrative wage package, but it’s really difficult for him to start regularly with Kane around as the main striker.

He could a good fit at Arsenal especially if Lacazette leaves the club. Mikel Arteta would love to have a proven Premier League goalscorer to his ranks, but there remains a lot of uncertainty surrounding the move.