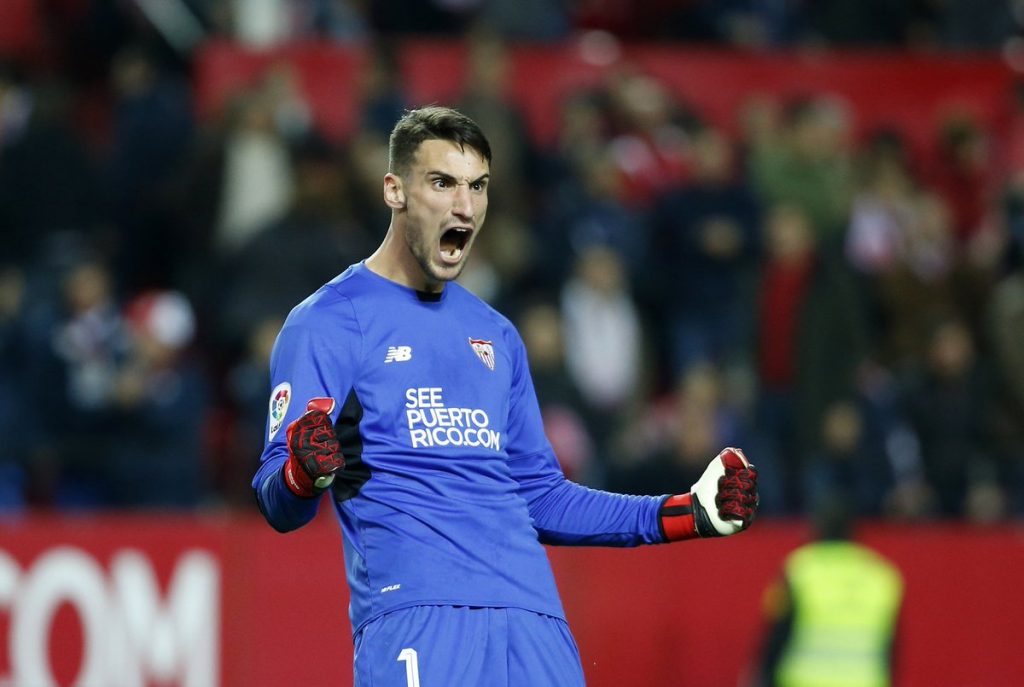 Fulham are all set to sign the Sevilla keeper Sergio Rico this summer.

According to Spanish Publication Sport, Rico will sign for the Premier League club on loan.

The report adds that the deal is close to completion and it will go through before tomorrow’s deadline.

Apparently, Sevilla are interested in loaning the player out and they have been looking for a club for a while now.

The 24-year-old shot stopper lost his place in the starting lineup last season and he is looking to play more often next year. A loan move is ideal for him at this stage of his career.

Fulham are looking to improve their goalkeeping department and Rico could prove to be a solid addition. Before losing his place to Vaclik and Juan Soriano, the Sevilla academy graduate was rated very highly in Spain.

If he can recapture his form and confidence at Fulham next season, he could prove to be a vital addition to Jokanovic’s side.

Fulham have already signed Fabri this summer and Rico will be their second keeper signed this window. The 30-year-old keeper is likely to be a backup for Rico.

The report from Sport claims that Fulham won’t have an option to buy clause inserted into the deal.