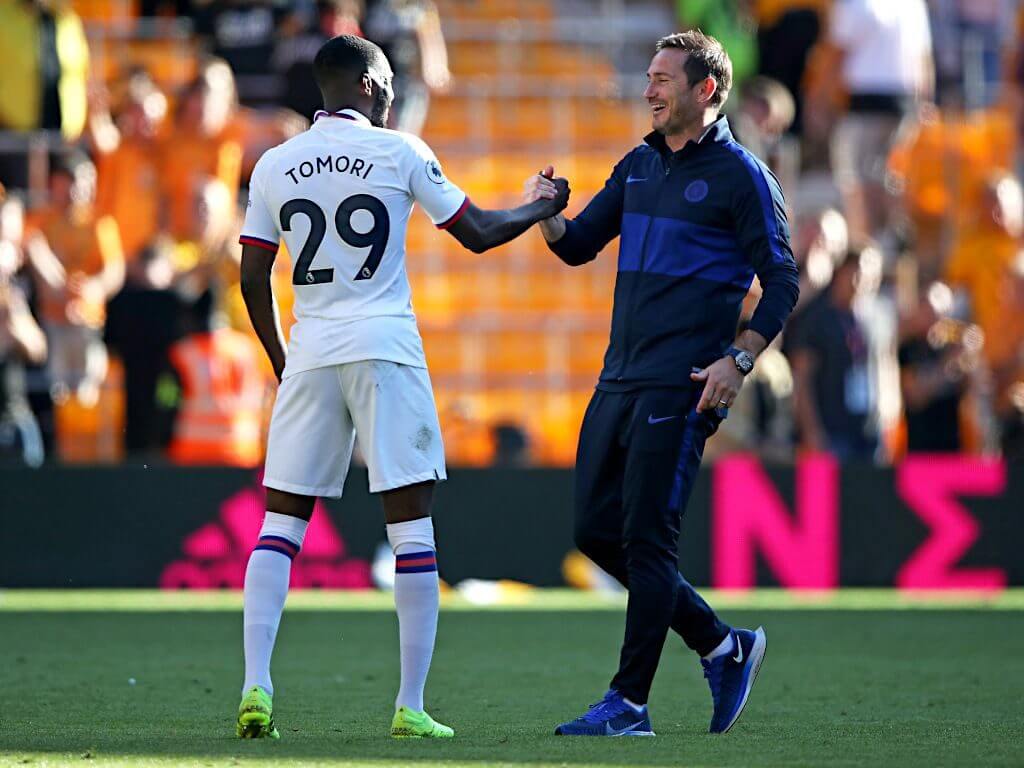 Their start to the Premier League campaign might’ve been a torrid one, as Frank Lampard Chelsea were handed a cruel 0-4 defeat to Manchester United at the opening weekend.

However, since that dreadful day, Lampard has used his troops perfectly. The Blues now sit in 4th place in the league, seven points ahead of their Manchester rivals having won their last seven games!

They’ll look to continue that run when the Red Devils visit Stamford Bridge in the Carabao Cup clash on Wednesday night and Lampard regards that reality check at Old Trafford as a pretty good learning lesson for his side early on.

Speaking ahead of the game, he told Chelseafc.com, “It was probably part of the early learning curve of the season for us all.”

“We needed to be more clinical with our chances, which we have been since then as the season has gone on. And we can’t have sleepy moments for seconds against top players. Hopefully we have got better at that as well.”, he also added.

The former Chelsea midfielder also defended his side’s defensive vulnerabilities shown earlier this season, embracing their mistakes but exclaiming how his side have remained solid apart from a few individuals errors.

He explained, “I believe fine lines change games, but they also change perception. The perception of us in this early part of the season is that we’re conceding too many goals, which I agree with.”

“When you scratch beneath the surface, in terms of chances conceded and shots conceded on our goal, we’re in the top one, two or three.”, the 43-year-old added.

Kurt Zouma had a difficult time dealing with United’s threat in the season opener, but Lampard exclaims that it helped him improve his performance level going forward.

He said, “That was a tough game, and a tough moment for him, but since then he has gone from strength to strength. He has been a pleasure to work with and to coach. He just does his job, works hard, smiles a lot, and gives everything to the group.”

The Englishman confidently reiterated his belief in the young defenders to hold his line and praised how well they’ve done to form a nice little partnership in defence.

He explained, “I had belief in Kurt. There was interest in him in the summer. He had a very good loan at Everton last year. I believed in him as I believed in Tomori, and that’s why I made the decision I made pre-season in terms of where we were going to go defensively.”

‘‘It has been nice to get some stability – albeit cause of injuries – with him and Fikayo in the last few games. To get them playing together and to see the little bond they are getting on and off the pitch is a nice little story.’’, he added.

Lampard is expected to make changes and play a younger side in the Carabao Cup clash, but both his defenders are likely to feature in it.