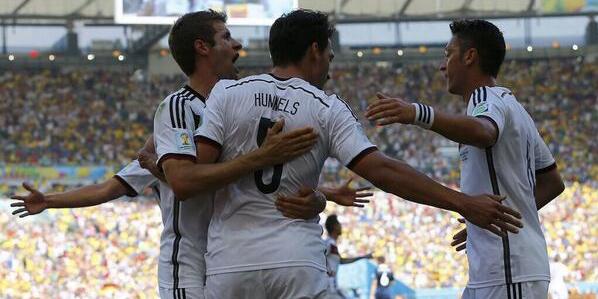 A first half-header from defender Mats Hummels was enough to see of a sluggish France side in the Maracanã and book their record fourth successive World Cup semi-final berth.

The Borussia Dortmund centre-half expertly guided Toni Kroos’ inswinging free-kick past Hugo Lloris in the 13th minute, bringing Hummels’ personal tally to two in five games so far. But while the Germans started brilliantly, they failed to put the game to bed on numerous occasions, giving the attacking impetus to the French, but they themselves failed to take the game by the scruff of the neck. 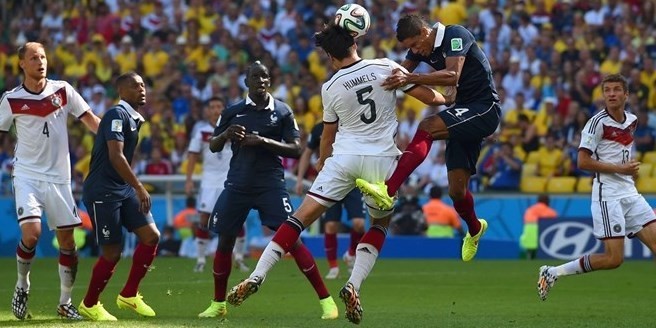 Spurred on by the spritely Mathieu Valbuena and the trigger-happy Karim Benzema, France attempted to break down the German rearguard, but could not fashion any real clear opportunities to test the eccentric Manuel Neuer. Half chances were gobbled up by the Bayern Munich man, who was not called upon to clear his lines like he did in spectacular, devil-may-care fashion against Algeria in the second round.

The 28-year-old was still the epitome of cool throughout the match in the sweltering Rio de Janeiro, especially in the second half, with France’s resolve visibly crumbling as they started to misplace passes and gift possession to the Germans. 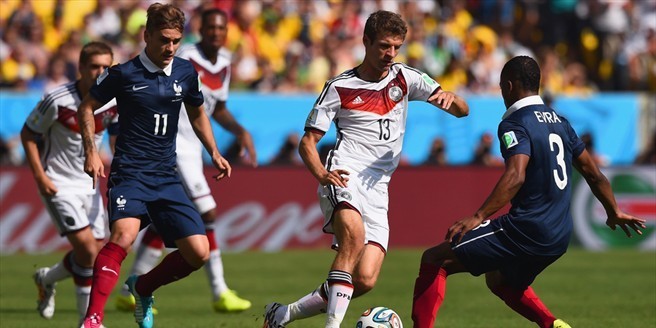 This prompted manager Joachim Löw to throw on the livewire Andre Schurrle for the leggy Miroslav Klose just after the hour, and the Chelsea attacker could have killed the game dead twice in the final twenty minutes.

By inviting French pressure with a defensive line, the Germans stole back the ball and broke with menace on a number of occasions, with Schurrle presented with two glorious opportunities, but failed make it 2-0.

The 23-year-old needs to work on his finishing, it seems, with his first effort very much like the chance he missed against Algeria, with Mesut Ozil saving his blushes from the rebound. Found with almost too much time to shoot, Schurrle scuffed his first effort into the legs of the French keeper, and saw his second saved once more by the Tottenham keeper.

There was almost a late equaliser for the French, which would have been typical for this World Cup, with Benzema seeing his angled drive pushed away one handed by the imperious Neuer, who once again looked like he was swatting away a butterfly. 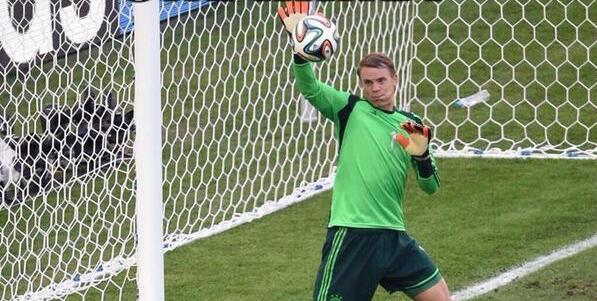 Germany march on to the semis once again, their fourth appearance there in a row, with either the hosts Brazil or Colombia awaiting them in Belo Horizonte on Tuesday.