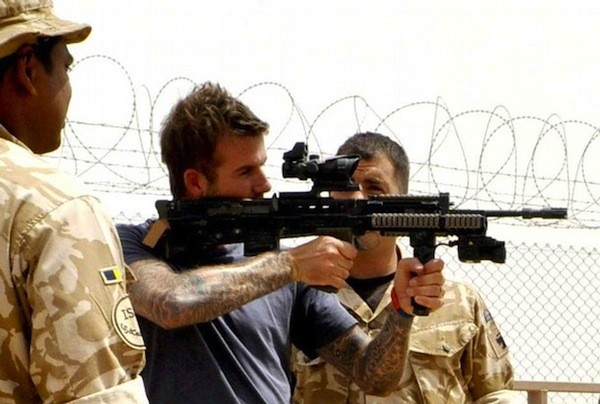 Ex-Wimbledon star Vinnie Jones infamously launched his movie career in the film ‘Lock Stock and Two Smoking Barrels’ where his prized assets were two double barrel shotguns rather than the FA Cup he won as a player the decade prior. Ashley Cole’s latest mishap has caused a media stir as he brought in an air rifle into Chelsea’s Cobham training base and inadvertently shot a young intern carrying out his work placement.

Despite it being a complete accident, England’s number one left-back scored a monumental own goal with his actions, bringing embarrassment to himself and the club. However, he isn’t the first professional footballer to behold a fire arm.

Soccerlens takes a look at some familiar faces that have carried out their best John Wayne impressions.

The footballer turned film-star used to own a fire-arms license up until 2003. The FA Cup winner was involved in an air-rage incident where he screamed at passengers; “I can get you murdered, I can get the whole crew murdered for £3,000” and also telling a passenger he will “eat their face”.

This lead to Hertfordshire police stepping in and revoking his fire arms license as well as confiscating a number of his shotguns.

The 1966 World-Cup winner and Leeds United legend is a renown fan of game-shooting. He released a number of VHS cassettes on grouse shooting where he and a team of his buddies would wander around the countryside of Britain shooting wildlife.

Not exactly everybody’s cup of tea and even led to a parody by Baddiel and Skinner on their Fantasy Football show on ITV. Click for video. 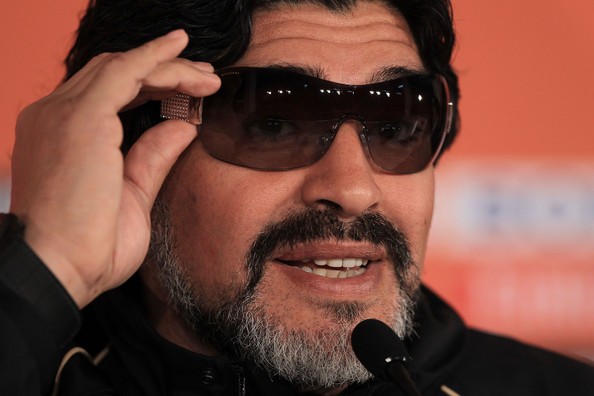 The undisputed king of Argentinean football was seemingly portraying Scarface’s Tony Montana when he fired his air-rifle at a group of photographers and journalists outside his Buenos Aires home in 1994. The incident happened just prior to his ejection from USA 94 after he tested positive for a banned stimulant. All in all it was a torrid year for El Diego and he was sentenced in 1998 for the gun incident where he was handed a suspended jail sentence of two years and 10 months.

The Colombian became a cult hero on Tyneside in the mid-nineties as he aided Newcastle United’s contention at the top of the Premier League. His shooting in front of goal gave him the reputation of being a dangerous marksman. However a decade or so later in 2008 he was arrested for allegedly shooting at a security checkpoint back in his homeland. The incident apparently occurred after security guards denied ‘Tino’ and his friends access. He denied the charges and made a bemusing comparison with a Hollywood film:

“Seven people who were with me have not yet testified, and so I think it’s a bit bit premature for me to be convicted. In fact, it reminds me of a movie I saw called Minority Report, in which people end up in jail even before you’ve committed the crime or even been tried.”

At what was meant to be a practical joke by the former Lazio man, ended in his tragic death. In 1977 Luciano staged a robbery of a friend’s jewellery store on the outskirts of Rome. When he was confronted by the owner his stance made the aforementioned uneasy who believed the Aquile star was indeed armed. Unfortunately this led to the owner taking no chances and opened fire on the midfielder resulting in his death. Allegedly Re Cecconi’s last words were “it’s a joke”. 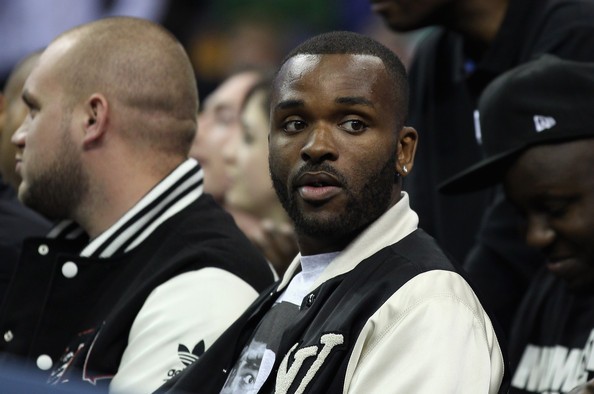 Aston Villa’s record signing received a caution back in 2004 whilst on the books of Ipswich Town after a 12-year old boy was shot in the back with a pellet gun. Thankfully the youngster didn’t require any medical attention and therefore Bent was released without charge.