This is a place where football fans see a list of the UEFA Champions League top scorers season by season and all-time. Rebranded from the European Cup in 1992, over the next 30 years it evolved in a competition that attracts the best footballers from around the world to come and play in it.

See which big names from the beautiful game feature on our UCL lists. Some of these prolific goalscorers are ones that punters have backed time and again on Champions League betting sites in the UK down the years: 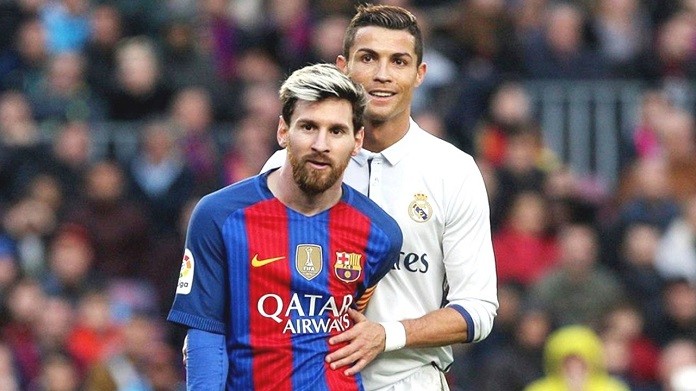 Register a new account with...
Register a new account with Fitzdares and place your first bet at odds of Evens (2.0) or greater and get a matched Free Bet, up to £30. This offer applies to accounts who have joined from 08/02/22 only. This offer is only valid for new UK and Irish customers referred by selected affiliate marketing partners and triggered through the unique tracking URL in this page.

With some 30 years since its arrival, the Champions League list of leading marksmen in front of goal by season contains a real mix of footballers. Most fans of the beautiful game will have heard of the bulk of them. There are some Champions League top scorers who a little more obscure, though, especially in the early years after it launch.

You may even be surprised by some names on the list. There have even been some seasons when the honours of Champions League top scorers were shared between two or three players. Unlike a Golden Boot list with the World Cup betting, assists aren’t used as a tiebreaker.

Who is highest goalscorer in Champions League?

Cristiano Ronaldo is number one among the list of Champions League top scorers today. He has 140 goals in Europe’s elite club competition during a stellar career with the likes of Sporting Lisbon in his native Portugal, Manchester United of the English Premier League (two spells), Spanish La Liga giants Real Madrid and Italian Serie A heavyweights Juventus. Ronaldo’s goals have helped him win five Champions League titles.

Do goals in qualifying rounds and play-offs count towards Champions League records?

No, the list of Champions League top goal scorers on this page does not include any netted in qualification. That means any goals in any qualifying round or the play-offs don’t count towards the tallies. Governing body UEFA doesn’t treat these as part of the Champions League proper, which is the group stage onwards.

Who is the Champions League top scorer 2021?

In the 2020-21 season, Norway striker Erling Haaland added his name to the list of Champions League top scorers finishing top of the pile with 10 goals. He was playing his club football at Borussia Dortmund of the German Bundesliga at the time.

Which players were the top scorers during the European Cup era?

Before 1992-93, the forerunner of the UEFA Champions League was the European Cup. Inaugurated in 1955, many great and iconic footballers turned out in this competition prior to its rebrand. The highest goalscorer from the European Cup era was Alfredo Di Stefano, who netted 49 in 58 games for Real Madrid. This impressive tally would only put him ninth on the Champions League top scorers all-time list from any era. Portugal legend Eusebio is the only other European Cup era player to score more than 40 goals in the competition with 46 in 65 for Benfica.