The wait is almost over. Sports Interactive has crafted yet another great Football Manager experience for the football fans and passionate gamers all over the world; the game is due to release in four days time on various platforms.

Football Manager 2015 is not a gigantic leap over the previous season, but it comes with loads of new features and developments from the last edition that are highly absorbing, thrilling and challenging. The mode of management, scouting, tactics, interactions and user interface have undergone a major face lift. Match day experience has undergone a revolution; with massive developments in terms of graphics and player postures, it now gives a more realistic feel than ever before.

It terms of style and format, FM 2015 has undergone a major cosmetic change. The introduction of a sidebar for navigating through the game with plenty of menus and options is a welcome change, and although it looks awkward in the beginning, in the end it proves useful as it reduces multiple sub-screens that one had to navigate while reaching the main managerial desk. The home screen is cramped with more information, but improvement in the user interface has resulted in greater interpersonal relationships with the players, the board and the press.

Easy Interaction with players and board members

Extra emphasis has been laid here in building a good rapport with staff and players, and understanding their abilities at the same time. The wide variety of dialogues – be it dealing with the journalists, asking time from the board members to turn things around, or guaranteeing a youngster regular first time actions – makes it more interesting and meaningful, and takes the game to a new level.

Interviews have had their fair share of developments as well with managers now being asked questions not just before and after the match, but right before the kick off as well. 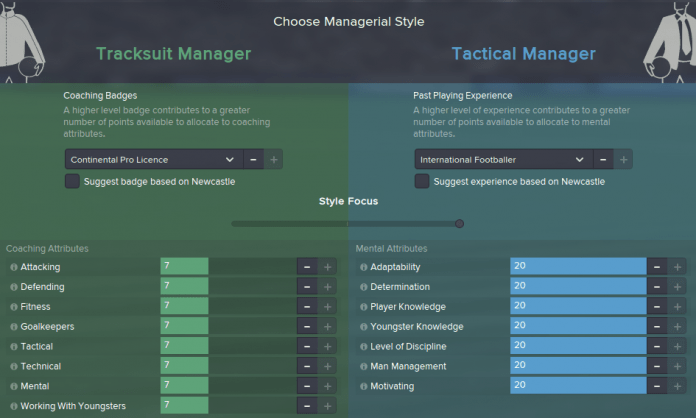 One of the most talked about issues in football manager, the scouting, looks pretty much the same as before. Extensive as it was, there was little to improve on that department. However, it is tough to draw a conclusive opinion on the scouting section of the game due to a small sample size. A more definitive opinion could be formed in near future after having spent some more time with the database. It is now important to hire a good coach and understand his roles which is as difficult as signing any new player.

Transfers haven’t had any noticeable developments as such, except for the wages now being displayed yearly instead of weekly. For example, the wage of X is displayed as £4m per annum and not £90k per week. The transfer negotiations have stayed the same as the last version, except for the swap deals, which seem to be happening quite often in this version, as opposed to the previous ones.

Tactics section has had some developments as well with several new formations added and the introduction of a new role, ‘raumdeuter’, which translates to space interpreter. This is the player that makes best use of space in the opposition’s final third and is lethal with their runs off the ball and movements. The role of defensive midfielders and wing-backs have gone major changes as well.

The best feature of this FM 2015 is deciding what type of manager you want to be – tracksuit or tactical. In the tactical mode, you will have a commanding role in team talks and boardroom, whereas tracksuit type puts you on training ground where you will be able to assign yourself to specific training categories like a coach.

Unlike the previous versions of the game, the graphics has improved dramatically not just during the simulation, but while playing the game in 3D as well. The introduction of player postures and movements is a fascinating inclusion, where the user can enjoy the unique body movements of players running with the ball. For example, one can clearly pick out a body check or drop of the shoulder from Cristiano Ronaldo during the game.

While the passing moves are more easy on the eye, there seems to be a lot more technique involved when it comes to passing and shooting, something that was not perceived before. Also, a host of new stadium features have been introduced that adds more colour to the match day experience.