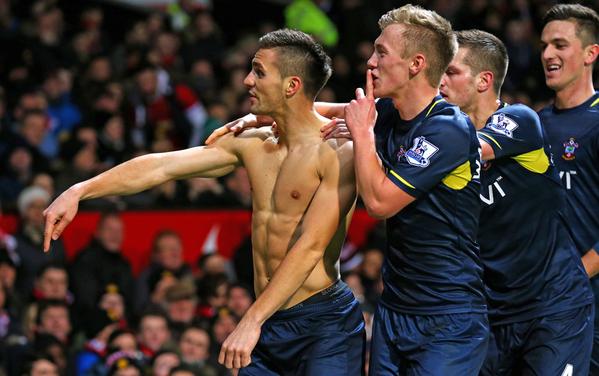 With yet another excruciating action of the Premier League coming to an end, game week 21 threw some obvious results with Chelsea and Arsenal ensuring routine draws at home. Manchester City however saw themselves held by an energetic Everton side while Liverpool rode on good fortune to win at Sunderland.

Tottenham failed to build from their new year day’s 5-3 win over Chelsea but the headlines were surely scripted by Ronald Koeman’s side who won 1-0 against Manchester United at Old Trafford on Sunday night.

We take a look at five of the key talking points from Gameweek 21:

Jose Mourinho’s side fared poorly throughout the first half and were lucky not to fall behind against a Newcastle side who showed intent coming to Stamford Bridge. Call it Champions’ luck but Nemaja Matic’s performance was surely questionable which clearly showed that the Blues have a chink in their armour if the Serbian is off colour. Once Oscar scored right before the first half whistle, the Blues closed out the game again thanks to Diego Costa in the second half. A not so impressive performance but Chelsea do get the job done when called upon. 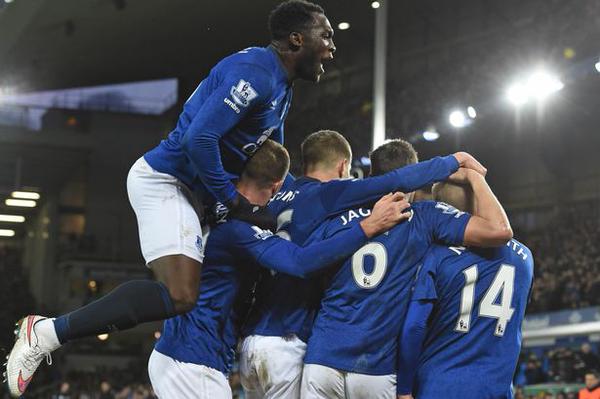 Ferocious battle of the Blues at Goodison Park ends in stalemate:

Let’s admit it Everton have been wretched this season after last term’s terrific fifth placed finish. The Toffees have been in poor form since November but the application that Lukaku and co showed on Saturday against the reigning Champions would come as great encouragement for Roberto Martinez’s side. Everton simply refused to go down; something that could be a catalyst for change in the coming weeks. Manuel Pellegrini’s side again failed to close out the game as 2 crucial points were dropped.

FT: Everton 1 City 1 is ends. #mcfc‘s unbeaten run stretches to 14 games as the points are shared at Goodison Park. pic.twitter.com/jTcyAobru8

Lazar Markovic’s outing against Sunderland perhaps showed why it might be too early to judge Liverpool’s summer signings. The Serbian was simply unstoppable at the Stadium of Light and rightly put in on what I would call ‘a man of the match performance’ It holds him in great value for the future while Lucas Leiva was excellent as well.

Liverpool though were a touch fortunate to come away with three points and there are still questions over the backline. The Reds though are building momentum and face two huge coming weeks. They take on Aston Villa next before the first leg of Capital One Cup semi final against Chelsea. Bolton too come at Anfield in the fourth round of the FA Cup action.

Koeman is the boss at Old Trafford as van Gaal is left clueless:

Dutch Football thinking has always produced connoisseurs over the years. It was refreshing to see two tactical minds pitted against each other for the second time this season and it would be only fair to say that Ronld Koeman has outwitted Louis Van Gaal both times.

Southampton used the disruption tactics to great effect as United were restricted to 0 shots on target. Victor Wanyama and Morgan Schneiderlin’s stock have surely raised after their fabulous displays at Old Trafford. Dusan Tadic rightly came on as an impact sub to grab a huge win and sent the Saints to third place in the standings. Koeman’s juggernaut rolls on while for Van Gaal the loss would be bitter; its always hard to lose to someone who was your student at Barcelona.

Tottenham should learn; Swansea-Wast Ham dazzle and others…

Alan Pardew got his Crystal Palace’s reign to a perfect start but the question is when will Tottenham learn? Spurs failed to build from their excellent 5-3 win over Chelsea on new year’s day and its high time that Mauricio Pochettino builds on such victories.

Elsewhere West Ham and Swansea gave good account of themselves but the Welsh side quickly need to find a replacement for Wifried Bony, the Ivorian who is well on his way to Manchester City. Leicester City too simply refuse to go down as they beat a struggling Aston Villa side by 1-0 while Tony Pulis’ West Brom dispatched Hull City with a similar scoreline. However, Sean Dyche’s Burnley won a potential six pointer as they held on to beat QPR by 2-1 at home.