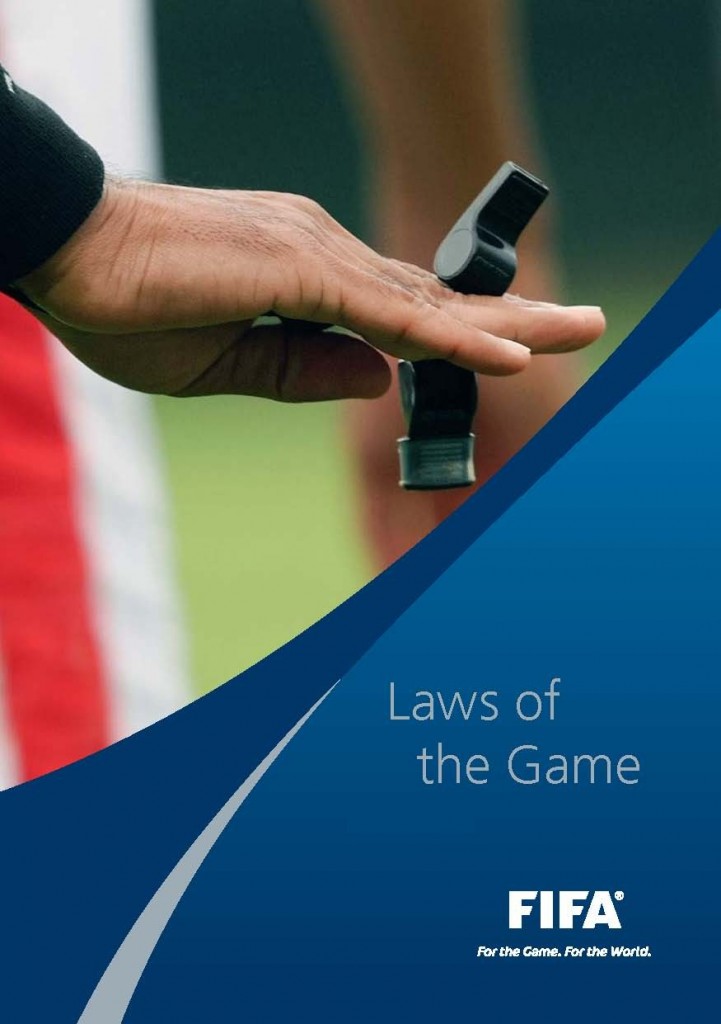 The equivalent of Godwin’s Law – the rule of polite online debate which bans any reference to Hitler or the Nazis – in Association Football is surely the invocation of the FIFA Laws of the Game to settle an argument over a contentious decision by a referee (perhaps it should be called the Rimet Rule?).

That’s because the Laws themselves, far from providing some sort of definitive final word in how referees should make their decisions, are often vague or ambiguous, and allow a lot of room for interpretation.

Take for example the FIFA Laws when it comes to handballs, like that called against Neven Subotic in the UEFA Champions League Wednesday night in Manchester City’s game against Borussia Dortmund.

FIFA Law 12 simply states a direct free kick is to be awarded when a player “handles the ball deliberately (except for the goalkeeper within his own penalty area).”

Your idea of “deliberate” of course may differ greatly from mine. More problematically, it might differ from one referee to the next, and from one game to the next. That’s why over time, an unofficial-but-conventional understanding over the difference between “ball-to-hand” and “hand-to-ball” emerged, which various pundits now accept as Gospel despite the fact no such distinction exists anywhere in the Laws.

This informal convention applies to almost every aspect of the sport, from fouls to dives to offside decisions. Unfortunately, fans and TV presenters all-too-often mistakenly believe their hair-splitting interpretations are reflected in the official rules.

So why not simply write in our modern conventions about the rules into the Laws of the Game? Why preserve the uncertainty?

For one, this built-in ambiguity in the Laws of the Game is actually a good thing. It allows the game to evolve and change over time, it makes room for regional differences from one domestic league to another, and gives freedom in to referees in how they do their job. It means as physiques, tactics and moral preferences shift and change, the core scaffolding of the sport remain untouched, a solid foundation upon which we graft the preferences of our particular age.

The ambiguity also reflects the reality that football is a sport, not a science. The perfect ‘yellow card foul’ simply doesn’t exist, either in real life or as some sort of Platonic form. A ‘stonewall penalty’ is a nice idea, but could you identify it across all possible worlds, let alone several minutes worth of video review?

When it comes to fouls, as with pornography, you “know it when you see it,” but the moment you try to capture it in words, you end up taking the entire edifice of physical football (or visual art) down with you. It’s best to just leave it to the ref and hope for the best.

In recent years however, there has been growing pressure to remove uncertainty from the game. This past week alone for example saw Guardian columnist Jamie Jackson wonder about the possibility of introducing post-match video reviews to award yellow cards ‘missed’ during matches, and Manchester United manager Sir Alex Ferguson call for a change in how extra time is calculated (“It is a flaw in the game that referees are responsible for time-keeping”).

Part of this pressure comes from improved technology. With television cameras in nearly every stadium in the European top flight, incidents can be viewed from almost every angle imaginable. And if it’s possible to calculate successful passes in real time, it can’t be much of a stretch for a computer to tally up the stoppages to get an accurate idea of the extra time that should be allotted.

But the other major mover here is money. Table position matters a great deal for a club’s bottom-line, particularly where European competition is concerned. Contentious referee decisions can be assigned an increasingly greater dollar value with each passing season. Suddenly, all that uncertainty starts to resemble a giant money pit.

While most of the pressure for change in how games are officiated follows technological lines, the day may come when managers and owners lobby for changes in the Laws of the Game themselves to eliminate costly uncertainty.

This would not only irrevocably harm the sport’s durability over the long-term and across national boundaries, but it would also damage the spirit of football itself, a game that, like life, comes with more than its fair share of rough edges.

Richard Whittall is the editor for the Score TV’s Footy Blog. He is the former associate editor of Tom Dunmore’s “Pitch Invasion,” and his work has appeared in Howler magazine, Toronto Life, and the Globe and Mail.