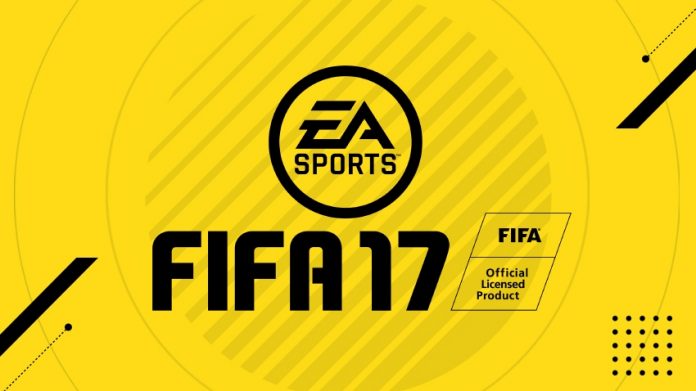 FIFA 17 is all set for its official launch later this month and all eyes will be on the FIFA 17 demo which comes out early next week.

FIFA 17 is one of the most anticipated video games of the year and will be available on Xbox One, PlayStation 4, PC, Xbox 360 and PlayStation 3.

The official release date of the full version of FIFA 17 is on Thursday, 29th September (The UK and worldwide). The game will be released on 27th September in US and Canada. 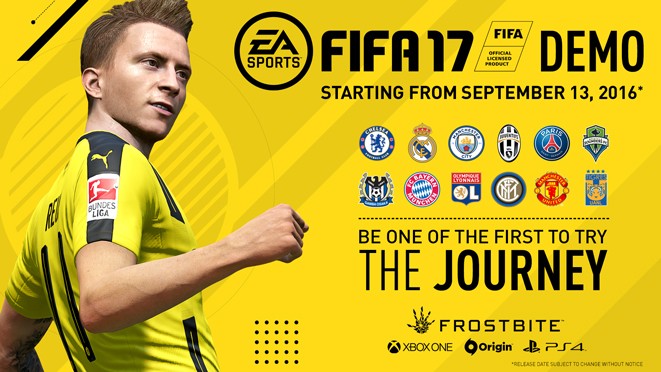 However, the demo will be available to download from the 13th of September 2016. EA Sports have confirmed the teams and stadiums available in the demo version of the game.

FIFA 17 comes with its unique set of new features and one of them is the new and improved career mode experience.

Along with a more detailed experience, the Career mode this year comes with the all new experience called ‘The Journey’.

This story-driven mode allows the gamers to play as a fixed character named Alex Hunter and guide him in his journey to the top of the footballing world. 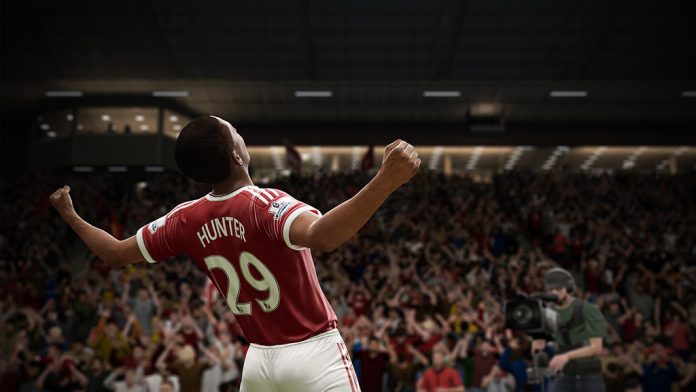 Furthermore, the introduction of ‘Total Club Management’ will add another dimension to the career mode experience.

EA Sports claim that Total Club Management gives the gamers an added set of objectives to fulfil based on the board’s priorities.

To sum it up, the managers will have to do a lot more than just win games in the career mode from now. The improved training system will also allow the managers a more detailed insight into the running of the club.

EA Sports have incorporated one of the leading game engines in this edition of FIFA that promises to deliver an unparalleled, authentic, true-to-life action experience to the gamers.

Frostbite will introduce the gamers to characters full of depth and emotion. However, the feature is only available on Xbox One, PlayStation 4 and PC.

The all-new graphics engine will give the game a much more detailed outlook and allow the users to experience new environments such as tunnels, locker rooms, the manager’s office, and the team plane. 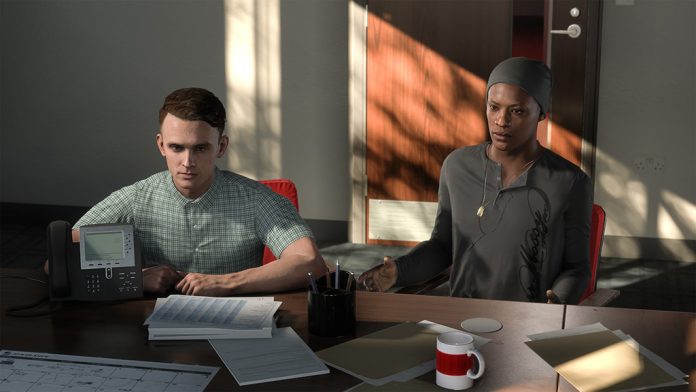 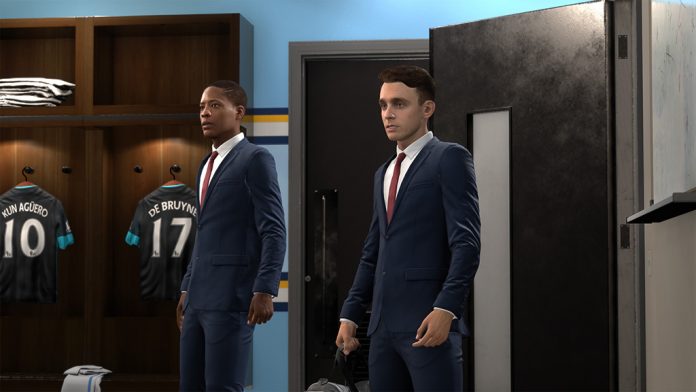 For those looking forward to ‘The Journey’ and the Career mode in general, Frostbite promises to offer a truly immersive, story-driven experience which will allow the gamer to connect with the game on an emotional level and live all of the emotions on and off the pitch.

The industry leading engine will also deliver increasingly realistic characters on and off the pitch along with an improved storytelling and other engaging experiences.

The FIFA 17 gameplay comes with complete innovation in every department. Be it movement, set pieces, tactical intelligence or the attacking technique.

The improve game engine allows the gamers to physically interact with opponents and execute the attacking moves to perfection. It also puts them in complete control of every action on the pitch.

New and improved control of the ball during set pieces, spatial analysis of the players, their activity off the ball, their ability to move, read, and react makes this a complete package.

FIFA 17’s gameplay will take the battle for space and possession to another level with the new physical play overhaul. The new attacking techniques will also allow the users to create more chances and finish better.