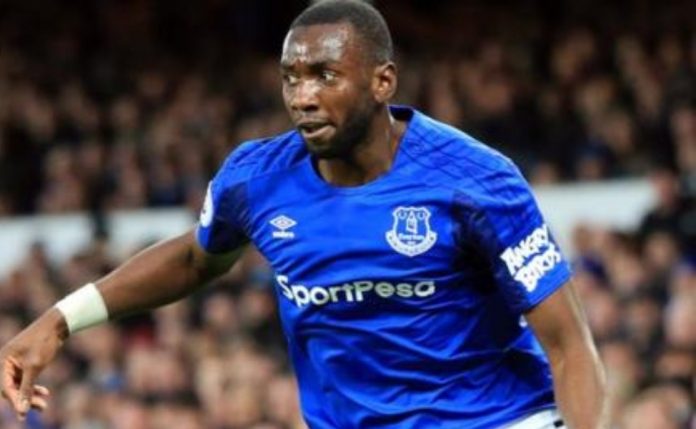 Everton’s Yannick Bolasie is line for a return to Crystal Palace, according to The Mirror.

Bolasie has been frozen out at Goodison Park by Toffees boss Marco Silva. The 29-year-old spent four-years at Selhurst Park before making a £25m move to the blue half of Merseyside in 2016.

Things have not gone to plan for the Congo international since the move. Failing to nail down a regular starting spot, and plagued by injuries. Bolasie spent the first-half of this season on loan in the Championship at Aston Villa. Despite playing regularly in the West Midlands, Bolasie surprisingly  exercised an option to cut the loan deal short last week.

The report suggests The Eagles would be happy to welcome the winger back to South London in a loan deal.

Silva has made it clear there simply isn’t room for the former Bristol City man in Everton’s squad. Talking ahead of tomorrow’s FA Cup trip to Millwall, the Portuguese boss said:

“We have four wingers in our squad, we are happy with them. What I don’t want is for Bolasie not to play again. When he took the decision to come back we didn’t expect it, even though he has that option in his contract”. 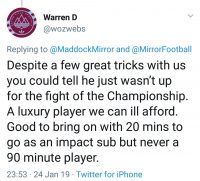 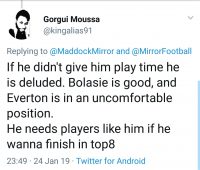 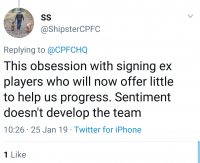 A decision on Bolasie’s future needs to made in the next week. The window closes next Thursday night, leaving the Bolasie with little time to sort out his situation. A move to Palace would suit both clubs, However, it’s likely other clubs will consider the winger as the end  of the transfer period edges closer.