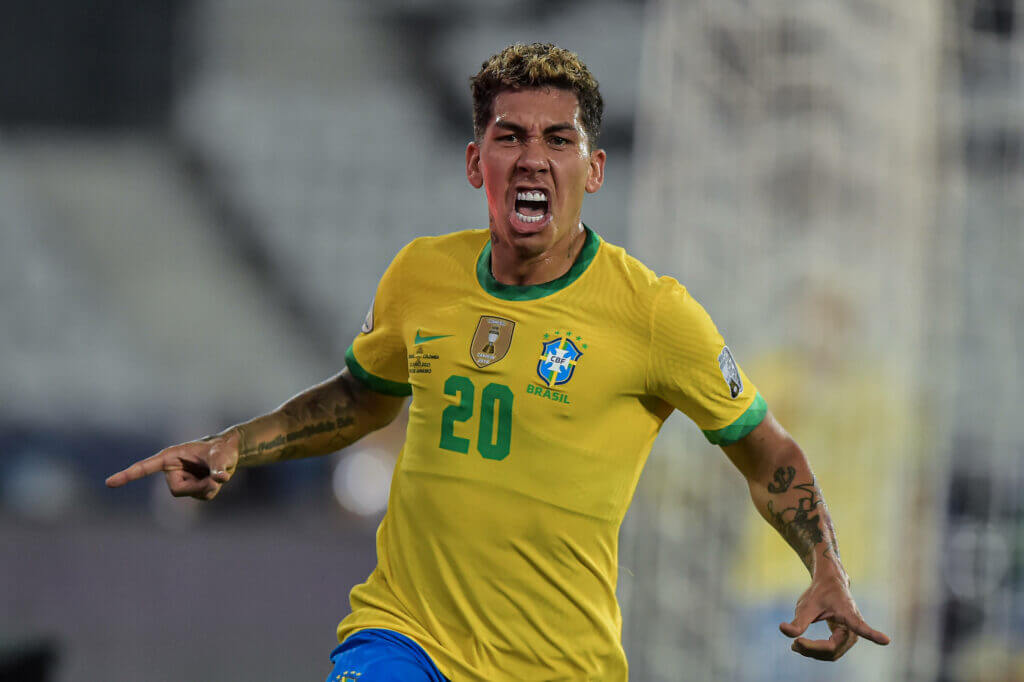 Brazil left it late to secure a 2-1 victory against Colombia in the Copa America on Wednesday.

The Selecao went behind for the first time in eight games, but goals from Roberto Firmino and Casemiro earned them an important victory.

Brazil had won their previous nine games, all but one without conceding a goal. However, Colombia took the lead in the first half through a wonder strike from Luiz Diaz.

Juan Cuadrado produced a brilliant cross from which Diaz scored with an acrobatic overhead kick.

In the second half, Brazil pushed hard for an equaliser and nearly got it through Neymar, who could only hit the bar after being put through by Firmino.

The Liverpool striker finally got the equalising goal with a header after meeting a cross from the left.

It came from a controversial circumstance as the ball hit referee Nestor Pitana while Brazil were on the attack.

He allowed the play to continue while Colombian players paused with the belief that the referee would stop the game.

Having said that, Colombian goalkeeper David Ospina, who let the ball squirm through the hands, should have done better.

A minimum of 10 minutes of stoppage time were added, and in the dying seconds of the match, Casemiro scored a free header from Neymar’s corner.

Many fans took to Twitter to laud Firmino, who came under a lot of criticism last season for his performance for Liverpool.

Some fans even suggested Firmino’s dribbling skills are way better than that of Manchester United’s Marcus Rashford.

Firmino is a BAD man🤤 pic.twitter.com/3uWA5IWyBC

Woke up to a Firmino masterclass pic.twitter.com/OZ6PhAwuP3

firmino has dipped in his form but his dribbling is the same man.. don't be a troll
Rashford is nowhere near him