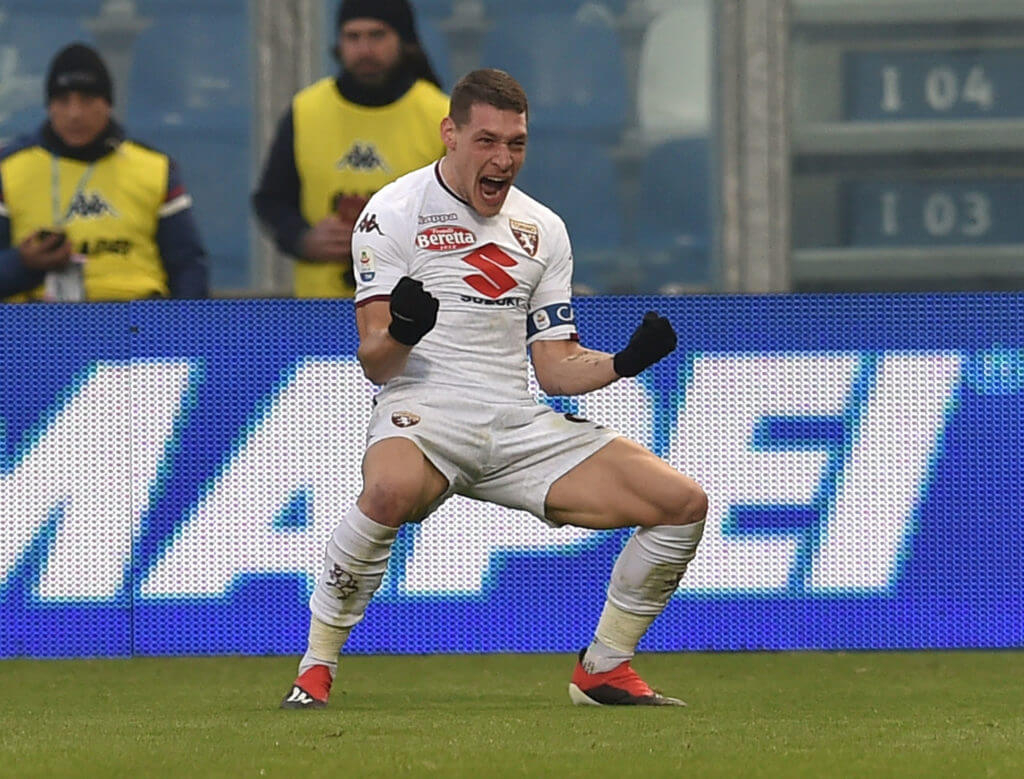 Tottenham Hotspur want to sign a striker this summer as boss Jose Mourinho is keen on landing a cover for Harry Kane.

They have been linked with plenty of names already this summer, and it remains to be seen who they will be bringing to N17 before the deadline.

Transfer expert Fabrizio Romano has delivered the update on Spurs’ striker search, claiming that they will be moving for neither Torino’s Andrea Belotti nor Crystal Palace’s Alexander Sørloth in this window.

The Italian will remain with the Serie A outfit, while the Norwegian, who spent last term on loan at Trabzonspor is set to move to RB Leipzig.

Tottenham are set to boost their attacking ranks with the addition of Real Madrid’s winger Gareth Bale, but signing a new striker still remains in their plans.

No Andrea Belotti [he’s gonna stay @ Torino] and no Alexander Sørloth [he’s joining RB Leipzing on a permanent deal] as new Tottenham backup striker. The club is going to complete Bale deal and to announce Reguilon signing on next hours, then they’ll go for a new striker ⚪️ #THFC

Trabzonspor president Ahmet Agaoglu revealed Tottenham’s interest in Sorloth, but Leipzig always had an upper hand in the race as they identified him as a replacement for Timo Werner.

Spurs wanted him to play second fiddle to Kane, and the 24-year-old wasn’t keen after he emerged as the top goalscorer in the Super Lig last season with 24 goals, weighing in with eight assists in 34 games.

The North Londoners have plenty of options to choose from, and Mourinho will hope that whoever they go for delivers and does a great job this season and going forward.