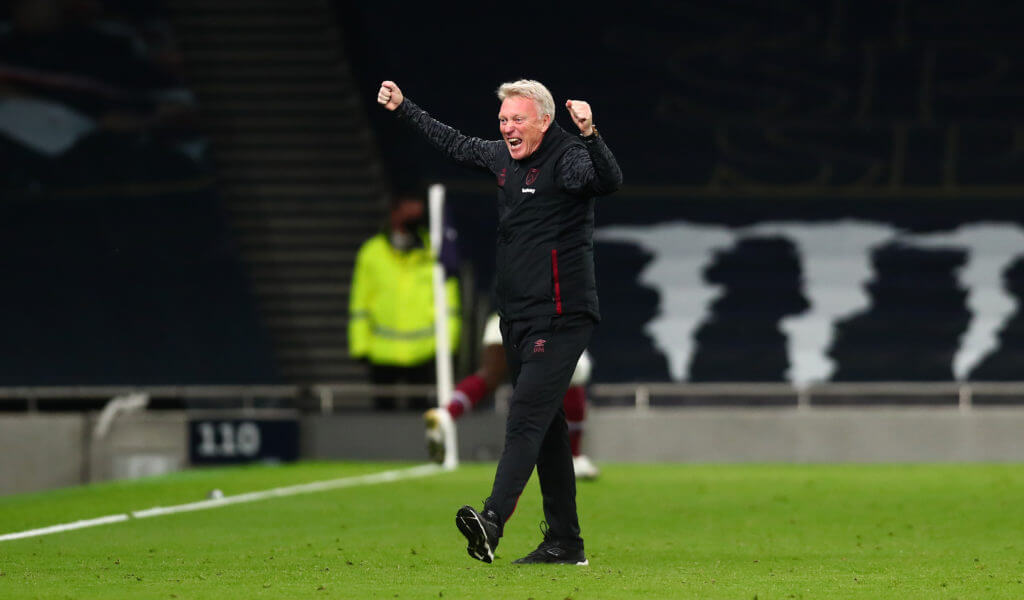 West Ham United will travel to Anfield to face Liverpool on Saturday, and you can watch this and other Premier League games live online.

David Moyes has done a brilliant job in getting the best out of his players so far, with the Hammers remaining undefeated in their last four Premier League games.

After losing their opening two games in the league, the Hammers have bounced back strongly, winning against Wolverhampton Wanderers and Leicester City, and drawing against Tottenham Hotspur and Manchester City.

Moyes will be without his key player – Michail Antonio – who has suffered a hamstring injury, for this game. However, the Hammers boss doesn’t expect him to be out for long. Here’s the team we expect Moyes to select for the game:

Goalkeeper: Despite conceding three goals against Spurs, Lukasz Fabianski is playing well, and he should keep his place between the sticks this weekend.

Defence: The five-man defensive set-up is working well for the Hammers and Moyes shouldn’t change the structure at the moment. It means Aaron Cresswell, Angelo Ogbonna, and Fabian Balbuena are likely to form the three-man central defence with Vladimir Coufal and Arthur Masuaku operating as full-backs.

Midfield: West Ham managed to fend off interest from Chelsea for Declan Rice this summer, and are now looking to offer him a new contract. Rice is getting back to his best and should start alongside Tomas Soucek.

Jarrod Bowen has been simply superb for the Hammers so far, while Moyes has managed to get the best out of Pablo Fornals in recent weeks. As a result, Said Benrahma, who is yet to feature for the Hammers, is expected to be on the bench at Anfield.

Forward: Sebastian Haller is likely to make his first start of the season in the absence of Antonio. He has scored only one goal and has managed only 50 minutes of Premier League football so far.