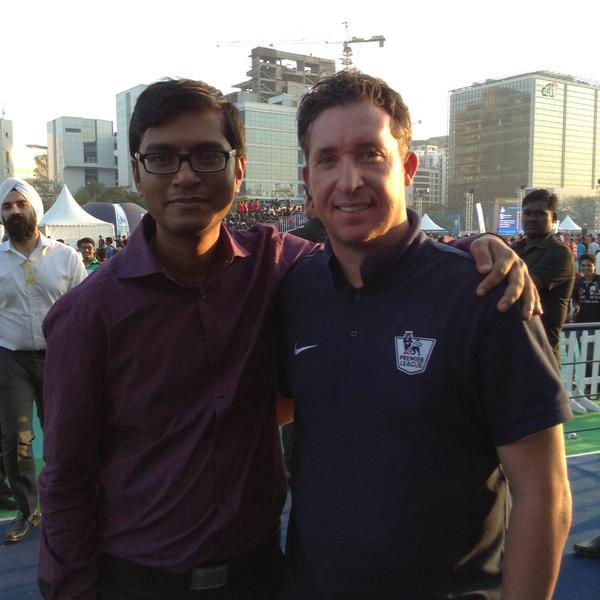 This past week has been absolutely devastating for Liverpool with the club crashing out of Champions League and a humiliating 3-0 defeat against Manchester United. The Reds continue to sink without trace and are already finding themselves 10 points behind their arch rivals.

With 10 defeats in all competitions already, and the new signings failing to make any significant impact, the pressure is mounting on Brendan Rodgers. The performances have been no where near to any acceptable level and what started as a surrurataion of doubt, has reached its crescendo, with fingers being pointed at the manager while dissecting Liverpool’s season so far.

Several media outlets have reported speculations about Rodgers’ future and the dressing room unrest. Although the manager has moved swiftly to quash any such claims in his press conference ahead of League cup clash with Bournemouth, it is evident that the club is going through a turmoil.

Soccerlens deputy editor Saikat Mandal recently caught up with Robbie Fowler, who was invited to participate in the Barclays Premier League Live event, held in Mumbai.

When asked to share his thoughts on Brendan Rodgers, Fowler reiterated his full confidence in the Liverpool manager and stated that Rodgers is the right man for the job.

“You can do with all the controversies, but I really rate Brendan Rodgers, he is a fantastic manager. His tactics are spot on, his man management style is superb.

Look, I hope he remains at Liverpool for a long time and honestly believe he will get us playing again. Alright, we’re not playing as well as we would have liked, that’s partly because maybe we were better and got to where we would have liked a lot quicker. Look, I have confidence in him and he should remain as Liverpool manager.”

Fowler, born and brought up in Liverpool, rose to the pedestal of ‘God’ at Anfield, is undoubtedly one of the greatest ever strikers Liverpool and Premier League have seen, also shared his opinion on Mario Balotelli’s struggle at Liverpool.

The Italian striker has yet to open his account for Liverpool in the Premier League, while has cut a hugely frustrating figure since his summer move from AC Milan.

“I’ve been asked many a times about Mario Balotelli and he is obviously he is a very talented player because of the standard of the teams he has played for.

He will the first to admit that his form hasn’t been good for Liverpool but I believe he will come good. I have great confidence in Brendan that he will bring out the best of Mario.”

We thank Robbie Fowler for sharing his valuable time with us. Also check our exclusive interviews with Emile Heskey, Graham Stuart and John Dykes on the website.