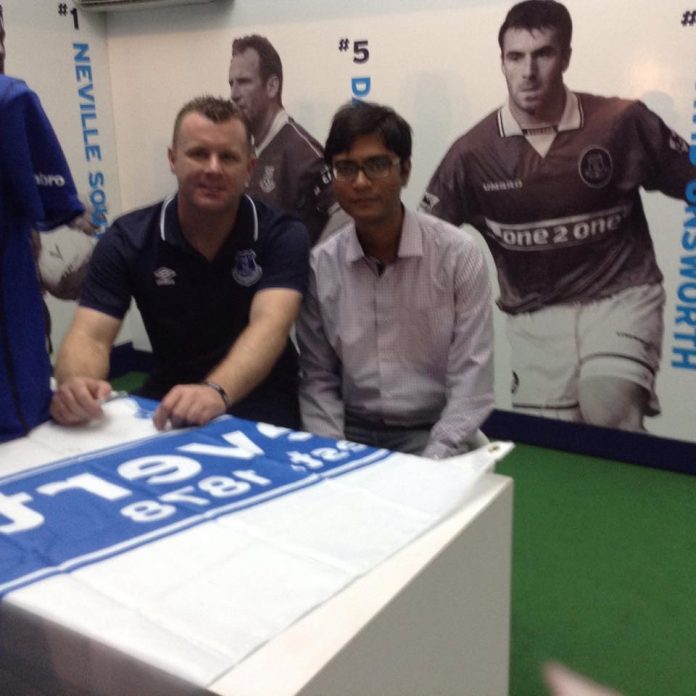 There is no doubt that Ross Barkley is a phenomenal talent for Everton and its well known that Chelsea and Manchester City are keento acquire the 21 year old’s services. Graham believes that Barkley is currently happy at Goodison Park and the Toffees.

It was earlier reported by British Media Outlet Mirror that Barkley would cost £60m to any potential suitors. Graham too believes that if clubs like Chelsea and Manchester City do bid for the youngster, they will have to live with it. But the club will have to asses the situation as it demands and under Roberto Martinez, Everton are surely heading towards the right direction. Graham also expects that Martinez will spend on quality players in the future.

GS: Ross is happy at Everton. He wants to say, we want to keep him. If big clubs, Chelsea, Man City put in a bid, we have to live with it — Soccerlens (@soccerlens) December 13, 2014

The Blues however have in poor form in the Premier League season and are currently 12th in the standings with just 18 points from 15 games. Playing in the Europa league is surely taking a toll on the players but Graham is sure that the club will continue their impressive run of form in the competition and will surely improve their form in the league.

GS: luis suarez is main reason why #LFC are struggling. As simple as that. Expects #EFC to improve their league form — Soccerlens (@soccerlens) December 13, 2014

Graham believes that the Europa League experience will be crucial for Everton and that the Blues are playing wonderful attacking football under Roberto Martinez is a huge sign of things to come. Romelu Lukaku’s signing this summer was also a huge statement of intent from the club. Graham however feels that Everton might not be able to spend as much they did on Lukaku in the coming transfer window, but will make sure that they spend on quality players.

When asked why fierce rivals Liverpool are struggling, Graham acknowledged the absence of Luis Suarez. “As simple as that”, he says. If you feel, you are done, You’re wrong. Stay tuned for an exclusive interview with Emile Heskey in the site. There is a lot more to come…