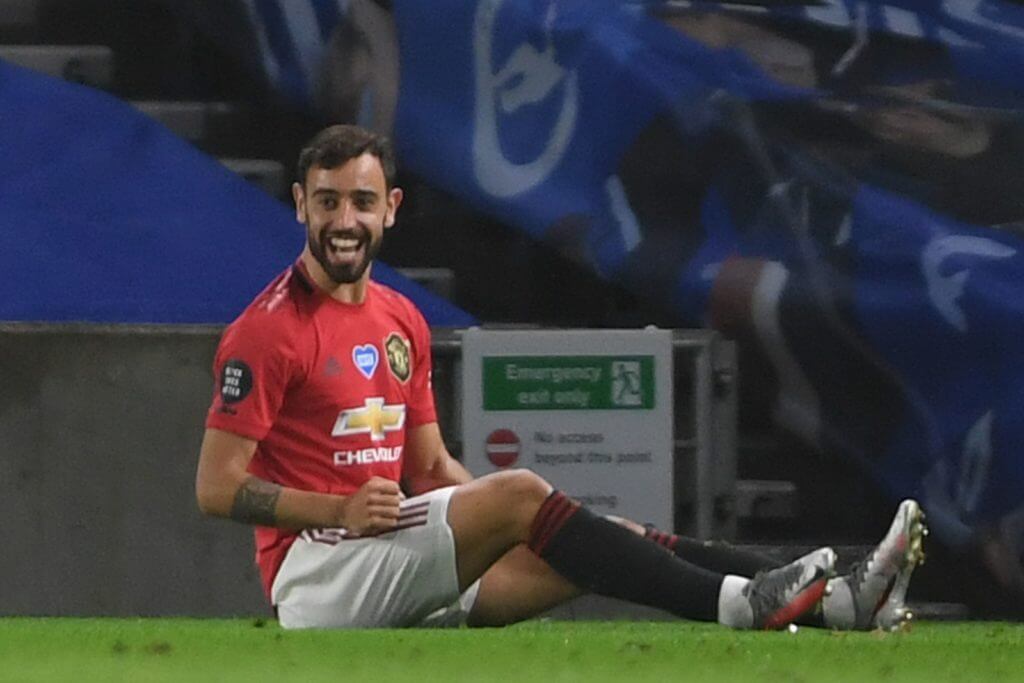 2020 has been a strange year for everyone, and football is no exception.

The COVID-19 pandemic, the three-month break, the null and void debacle, the eventual return of football, Liverpool finally getting their hands on the Premier League trophy, the non-stop debate over when it’s safe for fans to return.

The pandemic has had a financial impact on every club, but that hasn’t stopped anyone from getting their wallets out.

Here’s a look at every Premier League club’s best signing of 2020 (looking at both January 2020 and the extended summer transfer window).

Brazilian teammate Gabriel Magalhaes could have easily gone here, but the statement of intent behind Thomas Partey’s signing is why he claims this spot.

The Ghanaian was one of the world’s most sought-after defensive midfielders, playing for one of Europe’s top sides. It showed that Arsenal still had a lot of muscle in the transfer market, despite their recent drop off.

It hasn’t been a perfect start to life at the Emirates for Partey, as he takes time to settle in. Nonetheless, a man-of-the-match performance against Manchester United showed exactly what he can do.

Buying from the Championship is always risky, especially for big fees. This summer, Aston Villa threw caution to the wind by coughing up an enormous sum for Brentford striker Ollie Watkins, in a deal which could rise to £33m.

In doing so, Watkins became the most expensive Championship player ever. Nonetheless, this hasn’t fazed him, netting six goals in nine outings – including a first half hat-trick against champions Liverpool.

Not much was known about the former Chelsea youth man when he came to the AMEX.

Fast forward a few months, and Lamptey is now one of the most promising full-backs in the league. His pace and energy have caught the eye of some of Europe’s biggest clubs, including treble winners Bayern Munich.

And, at just 20 years old, there could be plenty more to come from the Englishman.

In truth, he’s been…solid, but nothing spectacular. But hey, Burnley’s only other signings this year were Dale Stephens and Will Norris (who?).

Chelsea made seven new signings in the summer window, so there were a whole host of players who could have gone here. Realistically, you could make a good argument for all of them aside from Malang Sarr and Kai Havertz.

However, when you remember how shaky Kepa Arrizabalaga was in net for the Blues, Mendy becomes the obvious choice.

The Senegalese stopper has instilled confidence in a previously questionable backline, keeping clean sheets in nine of his 13 appearances.

Crystal Palace were another side who didn’t have the largest pool of players to choose from. Nonetheless, Eze has been a bright spark in a fairly unspectacular Eagles side.

Aside from the dazzling Wilfried Zaha, Eze is Palace’s main source of flair. He’s still adjusting to life in the Premier League, but when he gets settled, he could be a superstar.

James Rodriguez is a supremely talented player – anyone who remembers the 2014 World Cup will know this. However, the Colombian somewhat lost his way over the years, losing his place at Real Madrid while struggling to make an impact at Bayern Munich.

Since being reunited with former manager Carlo Ancelotti, the playmaker has started to show more of the things that we expect of him.

Everton’s form this season has been simple to follow: when Rodriguez performs, they win; when he doesn’t, they don’t.

Okay, forget about the Panenka for one moment.

Before Lookman came to Craven Cottage, the Whites looked completely devoid of any attacking threat, often just launching crosses into Aleksandar Mitrovic and hoping that he can put them away.

Since arriving at the West Londoners, the RB Leipzig loanee has been the livewire for Scott Parker’s men, showing blistering pace, mazy dribbling, and fierce end product on both feet.

Having spent the 19/20 season on loan at the Yorkshire club, Illan Meslier has managed to oust Kiko Casilla from the goalkeeping position and establish himself as the first choice.

The young Frenchman has grasped his opportunity at Leeds with both hands, keeping four clean sheets in 11 games while producing several impressive stops.

At just 19 years old, French centre-back Wesley Fofana is certainly one for the future. However, this doesn’t stop him from producing standout performances in the present.

The teenager has looked every bit the part at the back so far, being singled out for praise by Foxes legend Gary Lineker on Twitter.

Jurgen Klopp’s Liverpool have been nothing short of sensational over the last two years. In fact, some would say they’ve been flawless.

However, if you were to pick one hole in their side, it would have been the midfield, which tends to lean more towards the industrious side as opposed to the technical.

Off the back of several dominant displays in the Champions League, Spanish midfielder Thiago arrived at Anfield from Bayern Munich, with the reputation of being one of the world’s best in his position.

An injury has kept him out of action for a few weeks, but when he is fully fit and at his best, he will no doubt be a strong addition to an already brilliant Liverpool side.

Last summer wasn’t the usual Man City window of spending, bringing in just three new recruits. Although, they still made one big money signing at the back.

Portuguese centre-back Ruben Dias was recruited from Benfica last September. Since then, he has produced several top class displays at the heart of defence for Pep Guardiola’s side.

Another centre-back to play alongside Aymeric Laporte was desperately needed at the Etihad Stadium, and it looks like Man City have found the right man.

No explanation needed, really, but I’ll give one anyway.

People may talk about penalties and diving and whatnot, but ultimately, there are very few players who have made an impact like Bruno Fernandes upon their arrival.

The Red Devils became a far more threatening team almost overnight when the Portuguese playmaker came to Old Trafford, inspiring them to a late charge for a Champions League spot.

Since the departure of club legend Alan Shearer, Newcastle United have only had one player exceed 15 Premier League goals in a season – that player being Demba Ba in 2011/12.

Well, ten games into the new campaign, and Callum Wilson is well on his way to reaching the 15-goal mark, having bagged seven already.

If he can stay injury-free, the England international should be a bargain signing.

This term has been nothing short of disastrous for Sheffield United. The joy of last season’s underdog Champions League chase is long gone, and now it’s a real struggle.

Norwegian midfielder Sander Berge has been a shining light, however. Signed for a then-club record £22m, the midfielder had an instant impact, producing several impressive displays at the centre of the pitch.

Should Chris Wilder’s team fail to turn things around, Berge will surely be one of the first players snapped up by a top tier side.

Having found himself stuck behind Serge Aurier at Tottenham, Kyle Walker-Peters made the loan move to St. Mary’s in January, before signing permanently in the summer.

It was a move that was best for all parties involved: Spurs got a bit of cash for a player they didn’t need, Southampton got a reliable right-back, and Walker-Peters got some regular minutes.

A key component of the Kyle Walker-Peters deal was the transfer of Pierre-Emile Hojbjerg in the opposite direction.

The Dane was hardly a marquee signing, but he has proven to be a shrewd piece of business by the Lilywhites.

While the free-scoring Heung-min Son and Harry Kane are getting all the plaudits, Hojbjerg is at the base of midfield holding it all together at the back. The former Bayern Munich man may not just be Spurs’ best signing, but also the league’s signing of the summer so far.

After lighting up the Championship while on loan, West Brom were able to bag themselves a bargain, securing the services of Brazilian midfielder Matheus Pereira for just £9m.

The playmaker is yet to reproduce his Championship form in the top flight, but still remains one of the Baggies’ best players.

West Ham aren’t always the most savvy in the transfer market. However, their January 2020 window brought in great success.

Primarily a defensive player, Soucek has contributed at both ends at the London Stadium, finding the net on five occasions in 24 outings.

Podence’s breakthrough at Wolves may have taken a bit of time, but he’s now producing some of his best stuff on the wings at Molineux.

The winger, who signed from Olympiacos in January, has started in ten of Wolves’ 11 league games this season, scoring and assisting twice.