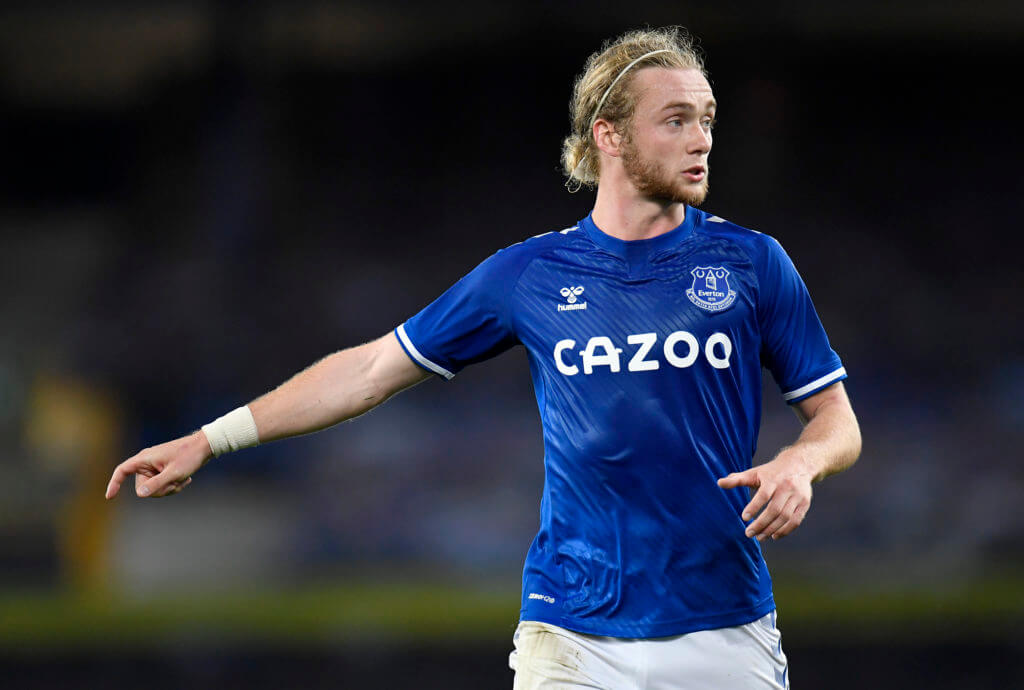 According to reports from talkSport, Southampton are in talks to sign the Everton midfielder this summer on loan.

Ralph Hasenhuttl has been on the lookout for a new central midfielder following the departure of Pierre-Emile Hojbjerg who joined Tottenham.

The Saints boss has earmarked the 22-year-old midfielder as a potential option.

Davies has made more than 100 appearances in the Premier League for Everton, but he was inconsistent last season. Also, his performance was below par and came under strong criticism from the fans at times.

Many Everton fans feel that a loan move will be beneficial for the youngster. Here are some of the selected tweets:

Please let this be true 🙏

Perm deal would be good. Use the cash to bolster elsewhere

Does he need a lift?

Ill drive him there myself 👍

Yep that’s it, I’m jumping in front of a train

This would be decent for him

Perfect solution. Plenty of game time in the PL.

Really like Tom Davies, really hope it works out for him. Think a loan move would be beneficial though

Carlo Ancelotti has bolstered his midfield this summer with the signings of Allan, Abdoulaye Doucoure and James Rodriguez, and with Andre Gomes and Fabian Delph ahead of him in the pecking order, Davies could struggle to get regular games at the Merseyside club this season.

He was named among the substitutes in Everton’s first two Premier League games of the season. Davies has loads of quality but he needs to play regularly to get back his confidence. A move away from the club on loan suits all parties involved.