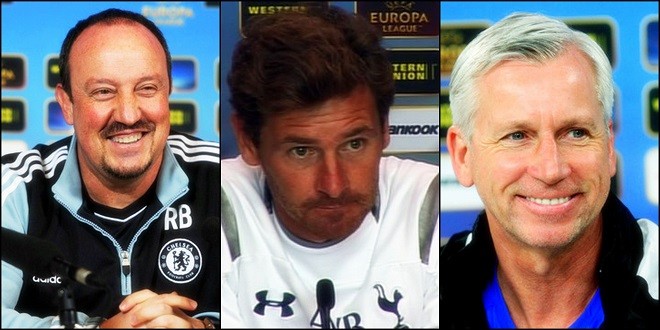 Last week, in the first leg of the Europa League quarterfinals, none of the teams were able to open up a gap of more than two goals over their opponents. Fenerbahce managed the most comprehensive result as they scored two unanswered goals against Lazio at home.

A very mundane Rubin Kazan side showed up at the Stamford Bridge as Chelsea won 3-1. The highlight of Kazan’s game was the first half penalty that was converted by the Israel international, Bibras Natcho.

After their excellent show against Inter Milan, Tottenham was touted to be a favourite against FC Basel. However, the Swiss team managed to go 2-0 up in the first half thanks to Valentin Stocker and Fabian Frei.

Newcastle United managed to get ahead in the tie with a 12th minute strike from Papiss Cisse but the jubilation did not last long. Benfica managed the equaliser through their Brazilian born Spanish striker Rodrigo. The Portuguese Liga side went on to win 3-1 with second half goals from Lima and Oscar Cardozo.

Newcastle United will hope that the St James’ Park crowd can help them recover from the 3-1 beating they received in Portugal. Newcastle have faced Portuguese opposition on six occasions (W1 D3 L2) and they last time they were in the quarterfinals of this competition, it was a Portuguese side that saw them out.

Benfica, on the other hand, has had a lot more experience against English sides; they have played 30 games against them (W10 D4 L16). However, they have not won in their last three visits to England. In the 2009/10 Europa League quarters, they defeated Liverpool 2-1 at home but went on to lose 3-1 at the Anfield.

Only two clubs have managed to overturn a two-goal first leg deficit in the Europa League knockout phase. First it was Fulham, who had lost to Juventus 3-1 in the first leg came back to win 4-1 at the Craven Cottage in the Round of 16. Then, this year Steaua Bucuresti lost to Ajax at the Amsterdam Arena 2-0, won their home leg 2-0 and went on to win 4-2 on penalties.

Since a 2-1 lost to Deportivo La Coruna in the 2005 UEFA Intertoto Cup semifinals, Newcastle are unbeaten in 13 European home games (W9 D4). However, seven of those wins were by a margin of only one goal. 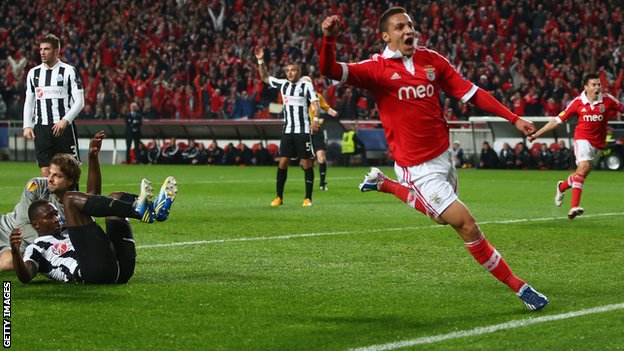 Benfica were transferred from the Champions League to the Round of 32 and have managed to win all of their five Europa League matches so far. Benfica are the only side to have reached the last eight stage of all three of their Europa League campaigns.

Benfica are looking to emulate the same feat that the inaugural winners of the Europa League in 2009/10, Atletico Madrid. The Spaniards were also transferred from the Champions League and they went on to win the cup. Alongside Benfica, Chelsea are also hoping to emulate this feat.

Striker Oscar Cardozo’s goal in the first leg took his total to 17 goals in Europa – equalling Radamel Falcao’s record tally for Porto in the competition.

Bookies are calling for another Benfica win and rightly so. Benfica have won all their games since February whereas Newcastle have lost three out of their last five matches, including a 4-0 loss at Manchester City.

Although Basel managed to secure two very important away goals from the White Hart Lane but they know the tie is far from over.

Basel could have easily got the better of Spurs after they managed to take a lead with two goals within five minutes but thanks to goals from Emmanuel Adebayor and Gylfi Sigurdsson allowed Andre Villas-Boas’s side to secure a draw.

The only remaining reigning domestic champion still left in the compeition, Basel, have played more European matches this season than any other surviving team. They began their continental journey in the second qualifying round of the Champions League and have played 17 matches since.

Basel come into this game in excellent form at home. Since the draw against KRC Genk in their opening group game in Europa, they have won their last four Europa League home games without conceding a goal. However, Basel have yet to reach the semifinals of a major European competition.

The reigning Swiss champions have played 17 games against English sides (W3 D6 L8) and have lost the second legs of all three of their previous two-legged ties against them – though all three were away legs.

It was in the 2005/06 UEFA Cup when Basel reached the the quarterfinal stage and they were eliminated by another English side, Middlesbrough, despite winning the first leg 2-0 at home. However, in the 2011/12 Champions League group stage, Basel helped eliminate Manchester United drawing 3-3 in Old Trafford before a 2-1 win on match day six to reach the Round of 16.

Basel have turned out to be late scorers in this year’s Europa League. Six of their 14 goals have come after the 76th minute while another four have come between the 60th and the 76th minute. 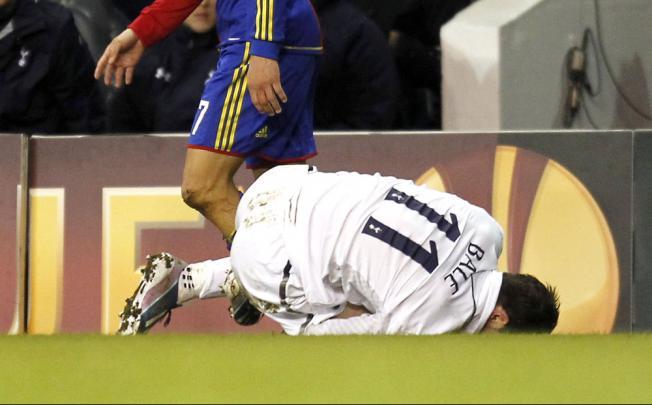 Spurs, by contrast, are without a win in five Europa League away games: four draws followed by a 4-1 defeat at the San Siro against Inter Milan in the Round of 16.

However, they are the only side left in the competition who has won this trophy before. They lifted the 1971/72 and 1983/84 UEFA Cup trophies. They are en route to become the fourth side to lift this trophy for a third time after Juventus, Inter Milan and Liverpool.

Tottenham are also at the advantage of having a manager that has won the Europa League before. Andre Villas-Boas’s Porto side, won the trophy in 2010/11.

Two of the Spurs players have appeared in all of their 11 matches: Jan Vertonghen and Aaron Lennon. Lennon’s has made only nine starts while coming on as a substitute in the other two while Vertonghen has played all 1,020 minutes of Tottenham’s Europa League football.

Basel are not the only ones to have scored late goals as five of Tottenham’s 17 goals in normal time have also come after the 76th minute.

Spurs are definitely feeling the absence of Gareth Bale but the bookies are feeling it even more as they do not see Tottenham making a comeback if Basel scores first. The bookies have also made Basel to win both halves.

Rubin Kazan have the opportunity to end Chelsea’s dream of becoming the first English team to win all three major UEFA trophies. However, they will have to overcome a two-goals deficit and a mighty Chelsea lineup.

Rubin has played three games against an English club (W1 L2) – all of them coming in the last two seasons. They won one and lost one to Tottenham in the 2011/12 Europa league group stage (both 1-0) before succumbing to a 3-1 defeat against Chelsea last week.

Chelsea, however, have won all five of their games against Russian opposition, conceding just twice in the process. Their last visit to the Luzhniki Stadium produced a 2-0 win against Spartak Moscow in the 2010/11 Champions League group stage but their trip to the same venue in 2007/08 was for the Champions League final against Manchester United. 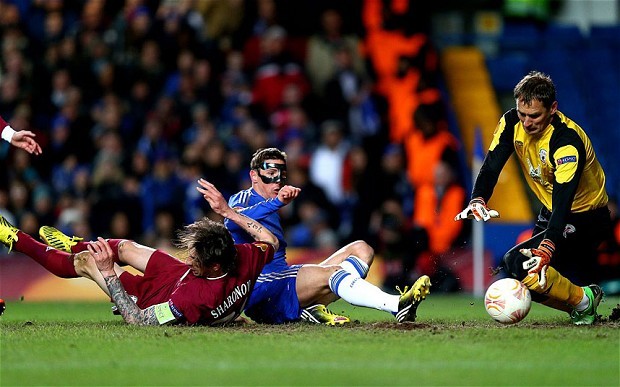 Rubin Kazan are forced to play their home matches at the Luzhniki Stadium in Moscow, which is actually home to CSKA and Spartak Moscow, instead of their own stadium Tsentralnyi Stadion in Kazan.

Rubin have only lost three times in their last 22 encounters in Europe (W10 D9 L3) and all three of their defeats coming in Moscow. They had not scored at the Luzhniki until they struck twice to eliminate Levante in the Round of 16. In their home ground in Kazan, they have gone unbeaten for 18 European games, out of which the last five are ended in wins.

Rubin Kazan managed to knockout reigning Europa League champions Atletico Madrid in the Round of 32 and they would complete and unlikely double of knocking out the reigning Champions League champions as well – although it seems highly unlikely as things stand.

Rubin’s Venezuelan striker Jose Salomon Rondon is the second highest scorer left in the competition with five goals after Lazio’s Libor Kozak (8). Rondon has also featured in all 11 of Rubin’s games since the start of the group stage along with midfielders Pablo Orbaiz and Gokdeniz Karadeniz. Karadeniz is the only player to have started all 11 games.

Chelsea are one of the three teams left in the competition and in the previous two seasons, when a country has taken three clubs to the quarterfinal, one of them have gone on to win the trophy beating opponents from their own country in the final.

If Chelsea are to go through – and it seems likely that they will – they will move one step closer to achieving a couple of feats that are no easy task. They could become the first club to win UEFA’s top two club competitions in successive seasons and in reverse order and they could become only the fourth side to win all three of UEFA’s major club competitions, joining Juventus, Ajax and Bayern Munich.

Chelsea manager Rafael Benitez has seen European glory. Before his Champions League triumph with Liverpool over AC Milan, he won the UEFA Cup in 2003/04 with Valencia. His most recent Europa League experience came in 2009/10 when he was still at the helm at Liverpool; Benitez took the Reds to the semifinal before losing out to eventual champions Atletico.

If John Terry plays in Moscow, he is set to make his 100th UEFA club competition appearance. His teammate, Frank Lampard, has played more UEFA club competition matches than any player left in this season’s Europe League (113). His closest rivals are his own teammates Petr Cech (103) and Ashley Cole (102).

It could turn out to be a close game but considering their recent record at the Luzhniki, Chelsea are favourites with the bookies to win both halves. The bookies have also declared Rubin’s Vladimir Dyadyun and Jose Rondon to be as favourites to score first as Fernando Torres.