68 goals were scored across Europe in 24 games as the Europa League returned to action this week. There was drama aplenty as Italian giants Inter Milan and Ligue 1 leaders, Nice, won their first games of the group stage. Francesco Totti played his 100th European game as Roma stumbled to a 3-3 draw with Austria Wien, while a Paul Pogba-inspired Manchester United were too hot to handle for Fenerbahce.

Here are the talking points from another entertaining round of games in the Europa League:

There were murmurs about Inter manager Frank de Boer being on borrowed time following the Nerazzurri’s dismal start to the season. Inter had lost both their group games heading into their home clash with Claude Puel’s Saints, and they were dominated by the away side for most of the game.

Antonio Candreva‘s unstoppable shot in the 67th minute was enough for Inter, but Southampton turned up the heat after Marcelo Brozovic was sent off in the final quarter hour of the game. Saints captain on the night, Virgil van Dijk, missed a couple of gilt-edged chances in what was a tense finish at the San Siro.

Wayne Rooney‘s return to the Manchester United starting line-up was the headline before kick-off but it was Pogba who turned out to be the difference-maker for the Red Devils against Fenerbahce. Rooney scored a hat-trick against Fener on his United debut 12 years ago, but he did not feature on the scoresheet this time around.

2 – Paul Pogba has scored two or more goals in a game for the first time since November 2014 (v Lazio). Brace. pic.twitter.com/zeLXuA1Ckx

Pogba, Anthony Martial, and Jesse Lingard scored the goals for United, while former Stretford End favourite Robin van Persie marked his return to Old Trafford with a late consolation for Fenerbahce. Pogba’s second goal was a thing of beauty, as was Lingard’s goal, which was laid on by Pogba.

AS Roma were on course to win their second group stage game of the season when Stephan El Shaarawy scored twice to help the Giallorossi recover from a poor start. But the Austrians came back with two late goals from Dominik Prokop and Olarenwaju Kayode to level things at the Stadio Olimpico.

Captain Totti marked his 100th European appearance with two assists but they were not enough for the Italian capital outfit who failed to build on their impressive league win over Napoli on the weekend.

Villarreal were lucky to come away with a point from Turkey as they held Osmanlispor to a 2-2 draw. Osmanlispor raced to a two-goal lead via Raul Rusescu‘s brace inside three first half minutes, but were pegged back by the Yellow Submarines in the second half. Mehmet Guven was sent off in the 54th minute which gave the visitors a way into the game.

Meanwhile in Vigo, Celta were held to a 2-2 draw by Ajax. Hakim Ziyech opened the scoring for the Dutch side in a game that ebbed and flowed. Fabian Orellana marked his return from injury with a late equaliser for Celta.

In Genk’s Luminus Arena, Athletic Bilbao dropped to the bottom of their group after falling to a 2-0 defeat. It was a frustrating night for Ernesto Valverde‘s men as they now have lost both their away games in the Europa League group stage this season. 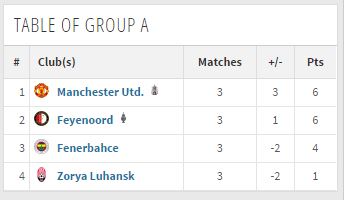 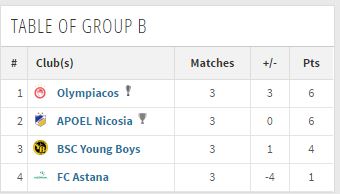 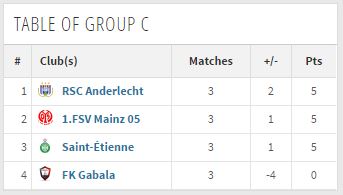 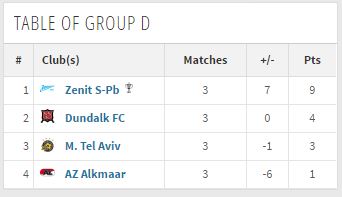 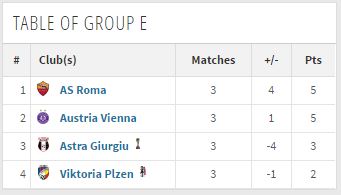 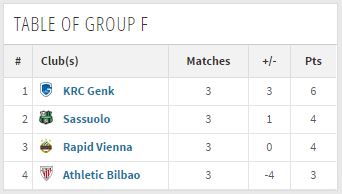 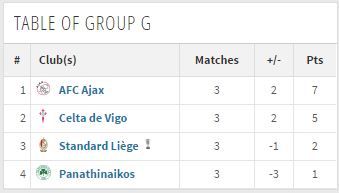 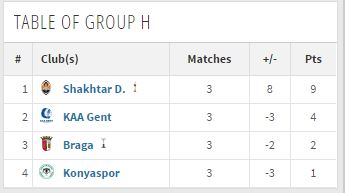 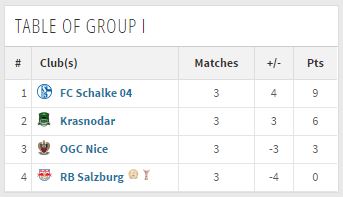 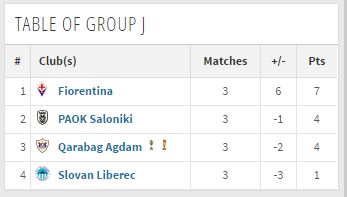 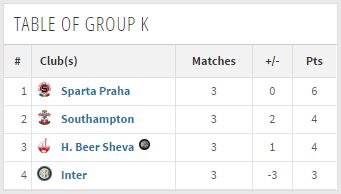 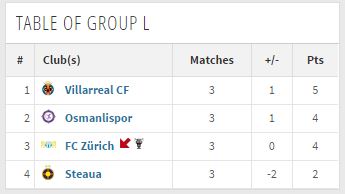