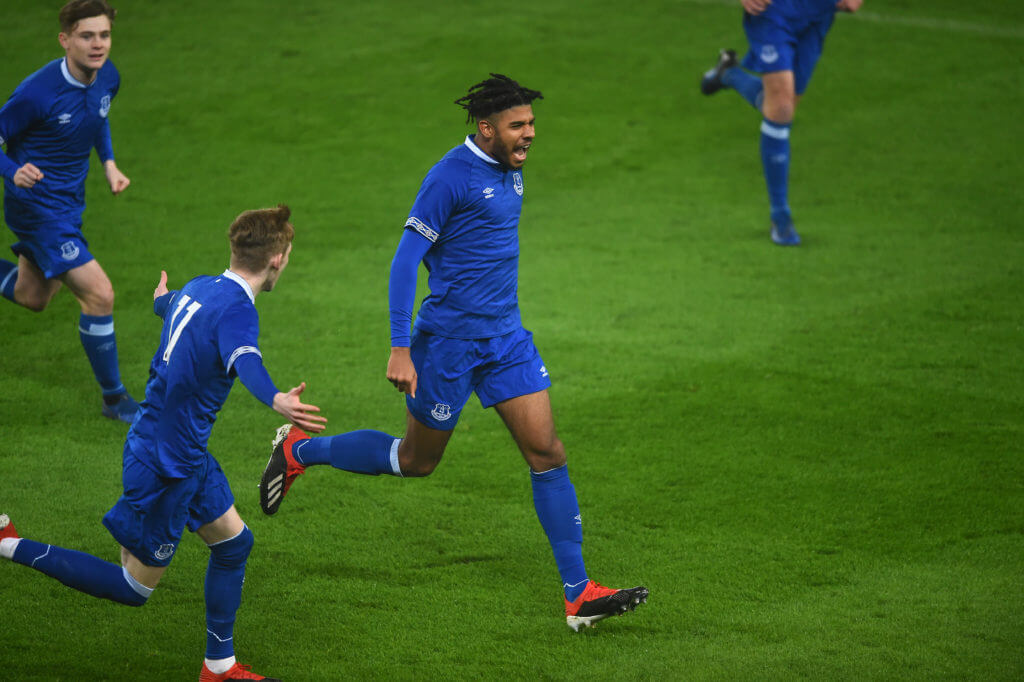 Everton have confirmed today on their official website that young striker Ellis Simms has joined Blackpool on loan.

The 20-year-old striker has scored eight goals in 12 Premier League 2 games for David Unsworth’s Under-23 team this season, and he will spend the rest of the 2020-21 season with the League One club.

The highly-rated young striker has been included in Carlo Ancelotti’s first-team squad this term. He got a call-up for the final two matches of the 2019/20 Premier League campaign and managed a spot on the bench for the 2-1 loss at Newcastle United.

Many Toffees fans think that it would be a very good move for the youngster and they expect him to score loads of goals for Blackpool.

Good move for him

Does this mean we are signing a striker?👀

Will be very surprised if he doesn’t hit at least double digits come the end of the season, Simms is a bagsman

Good move, big test as league one a few levels above the u23 level, if he does well I’d expect a championships or European loan next season to get him premier league ready. Good luck Ellis

League 1 perfect place for him to improve physically and hopefully push on next season, great move

Great experience for him, come back and challenge for the first team!👍

Good luck to him, hopefully this means that we are signing a striker

Simms was among the substitutes when Ancelotti’s side took on Rotherham in the FA Cup earlier this month.

The youngster is yet to make his debut for the club, but it is obvious that Ancelotti believes in his potential and talent.

He is clearly too good for the academy level, but probably not quite there in making the senior first-team for the Toffees. Therefore, a loan move away from the club where he will get competitive games will help him grow as a player.

The likes of Dominic Calvert-Lewin, Cenk Tosun and Richarlison are ahead of him in the pecking order, and a loan move for the youngster makes a lot of sense.