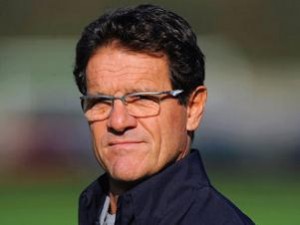 England will continue their preparation for the 2010 World Cup Finals with a friendly match against African qualifier Egypt.

Egypt will have tough test to face the Three Lions in front of a sold out crowd at Wembley Stadium. England qualified for the 2010 World Cup by winning UEFA Group 6 while Egypt was knocked out by Algeria in a CAF Group 6 Play-off.

England was impressive in qualifying and many agree it is their best shot in decades to challenge for the World Cup trophy in South Africa. There are the usual players on the roster including Lampard, Gerrard, Terry, and Rooney. The question mark for England remains on defense and in goal.

David James has been the starting goalkeeper but Robert Green could get a chance. On the defense, Rio Ferdinand and Ashley Cole are injured and unavailable for the match. The Egyptian roster has a lot of domestic players along with a few playing in various European leagues. The top goalscorer for Egypt is Amr Zaki who has 29 goals in 56 appearances.

The match is a chance for England to tweak their line-up and try some different options. They will more than likely win the match and most fans will probably expect a two or three goal victory. Egypt has nothing to lose and will be playing with no pressure.

England will cruise to a 3-1 victory at Wembley.

You can watch England v Egypt live online as well as dozens of other International and World Cup games. Read our live World Cup page for more details.