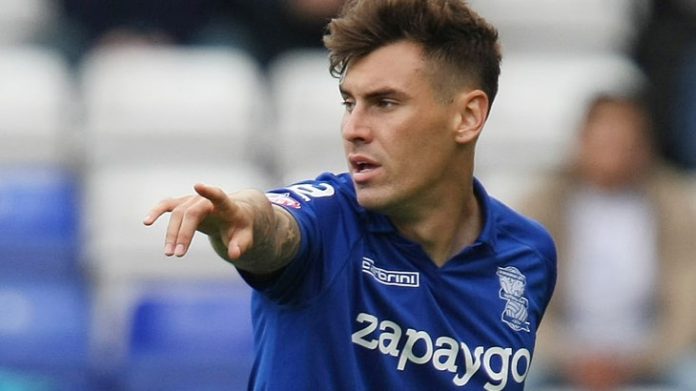 Tottenham Hotspur have confirmed their defender Grant Hall has joined Blackpool on-loan for the rest of the season on Friday.

The 23-year-old centre-back was on-loan at Birmingham City and recently returned to White Hart Lane and will now spend the remainder of the season with the Championship club.

A statement on Tottenham’s official website read, “Grant Hall has joined Championship side Blackpool on loan until the end of the season.  The centre-half recently returned from a loan at Birmingham City, where he played nine matches in all competitions.”

“Captain of our Under-21s in the 2012-13 campaign – where the team reached the play-off final – Grant made 34 appearances on loan for Swindon Town last season,” it added.

Blackpool manager Lee Clark admitted that he moved in for Gall quickly once he was made aware that Birmingham are set to send back the defender back to north London.

“He’s a terrific young pro, a centre-half with pace who is comfortable on the ball. He’s thought of highly at Spurs and when I heard that he wasn’t staying with Birmingham on loan I made a move to bring him in,” Clark told Blackpool’s official website.

“It was important that we did because we’ve lost Donervon Daniels, so hopefully we’ll see the best of Grant playing for Blackpool in the second half of the season,” he added.