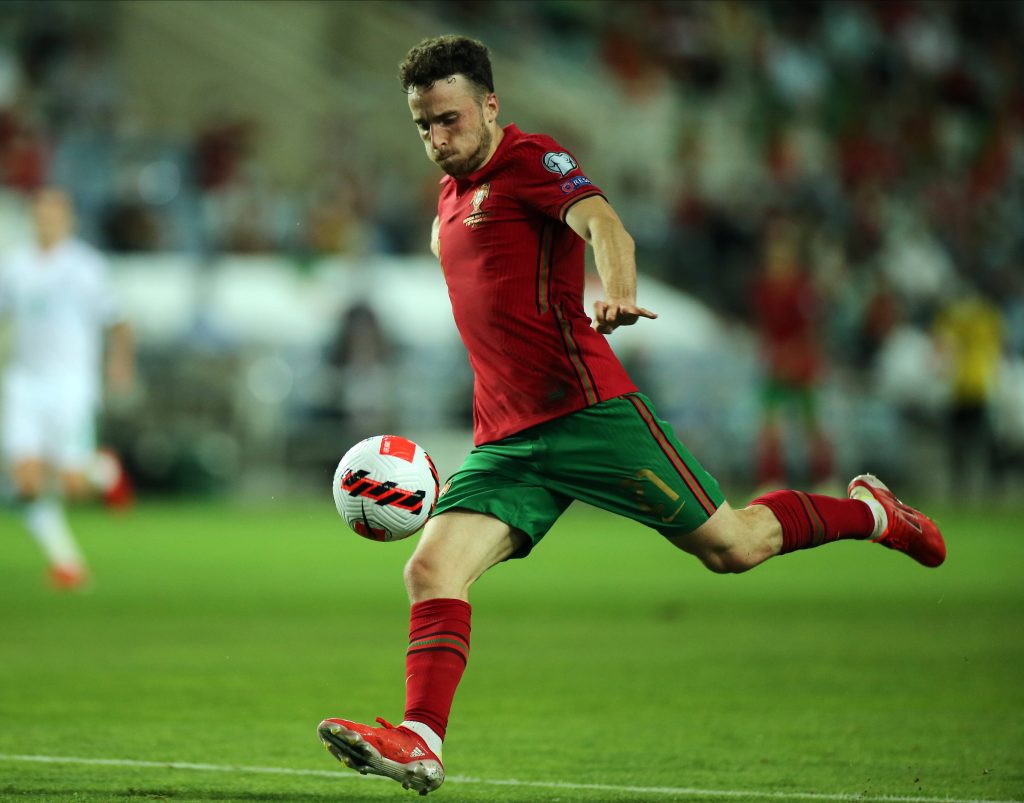 Portugal picked up a 3-0 win over Azerbaijan in the World Cup qualifiers last night and Liverpool forward Diogo Jota put on a splendid display for his country.

The 24-year-old has started the season in excellent form for club and country and he chipped in with a goal and assist against Azerbaijan.

Jota caused all sorts of problems for Azerbaijan with his clever link-up play and runs into the box. The Portuguese international worked hard and created chances for his teammates with his flair and movement as well.

The Liverpool attacker has scored in two of their three Premier League games so far as well and fans will be hoping for more of the same when the Reds take on Leeds United this weekend.

Brazilian attacker Roberto Firmino is currently sidelined with an injury and the Portuguese international is likely to spearhead Liverpool’s attack alongside Sadio Mane and Mohamed Salah.

Jota has been outstanding for the Reds ever since his move from Wolverhampton Wanderers and he has scored 15 goals in 33 appearances for them across all competitions.

Some of the Liverpool fans have taken to Twitter to share their thoughts on the 24-year-old’s performance last night and here is what they had to say.

Diogo Jota with another goal & assist for Portugal. What a star. #LFC pic.twitter.com/cnPruB0kJO

Diogo Jota is literally going to be our Sergio Aguero.

Diogo Jota is on fire this season pic.twitter.com/w2MOq5XNf5

Diogo Jota with a goal and an assist tonight for Portugal.

Read: How England could line up against Poland later today.