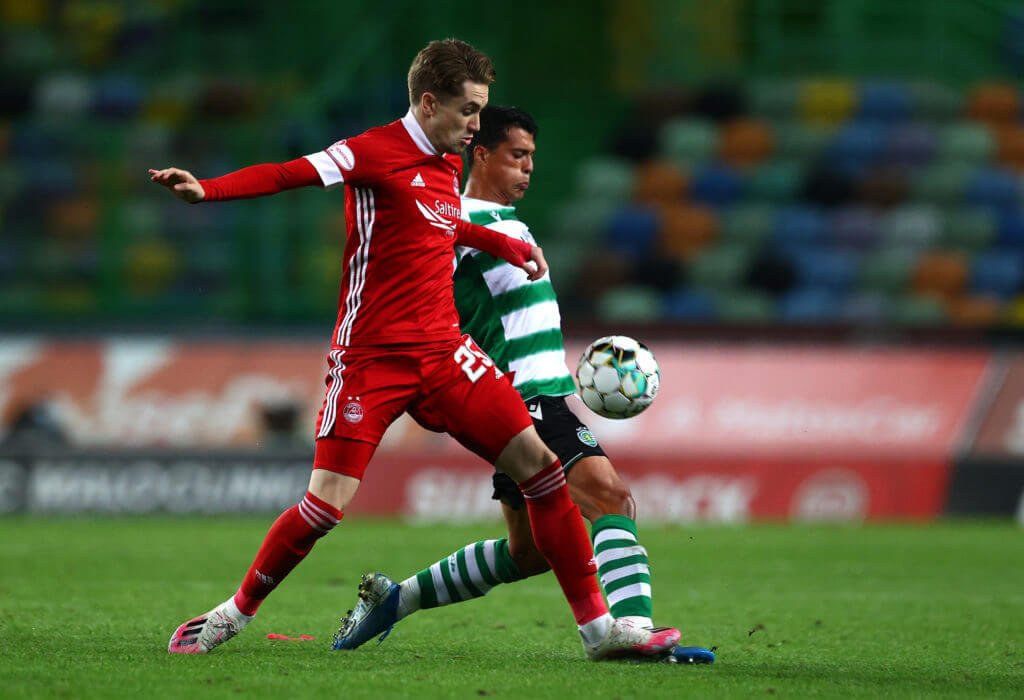 Rangers have reportedly made contact to bring Scott Wright to Ibrox this month.

The Ibrox club have informed the Dons about their intention to sign the 23-year-old attacker after Sunday’s Premiership clash.

According to reports from the Daily Record, the Gers want to sign Wright on a pre-contract agreement, but the Dons are happy to organise a permanent deal as well.

“There has been a conversation at boardroom level,” said McInnes, as quoted by the Daily Record.

“I spoke to Steven yesterday, he called me to say that they would have an interest in Scott on a pre-contract and wanted to do things properly.

“That is not always the case when it gets to players running out of contract.”

McInnes also revealed that the club tried to keep the player at Pittodrie, but they haven’t got any encouragement from the player and his agent.

He added: “I resigned myself that Scott was leaving anyway. We made our first offer to Scott in the first week in October and we have never had any encouragement from Scott or his agent.

“They never really gave us a chance of a counter offer so I have resigned myself over the last few months that the likelihood is he was leaving at the end of the season and nothing has really changed on that.”

The Dons boss has revealed that Wright is a key player for them and that they don’t want to lose him. However, the winger wants to explore other options and it seems he could be on his way to Ibrox in the next few days.

The deal is more similar to that of Jordan Jones, a transfer born out of opportunity rather than extensive scouting.

His low profile may not excite the fan base, but he is a player of great potential. He has shown flashes of brilliance at Aberdeen and could become a real asset for Rangers if he gets his feet under the table.

Wright is a creative player who is able to play on either flank or as a second striker. The only big concern about him is his injury record, having spent almost all of last season out with a knee injury.