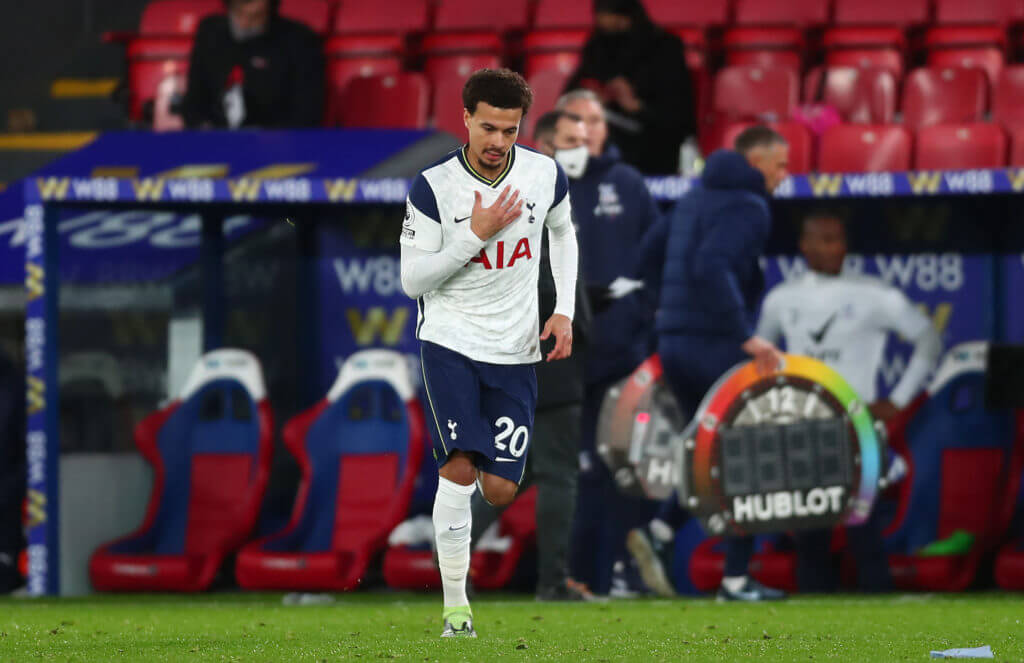 The 24-year-old has dropped down the pecking order at Spurs under Jose Mourinho, and he has managed only one Premier League start all season.

The England international only made his third Premier League appearance this season last week when he came on as a substitute in the 1-1 draw against Crystal Palace at Selhurst Park.

From being a superstar at the club, Alli has become a bit-part player at Spurs, and he has even struggled to manage regular appearances in the Europa League as well.

Mourinho is hardly convinced with him, and there are suggestions that Spurs could allow him to leave the club in January on loan.

Alli needs to play regularly if he has any chance of making it to the England squad for the European Championships in the summer, and even that is a tough ask.

According to a recent report from The Mirror, Premier League rivals Everton are interested in signing Alli, with Carlo Ancelotti especially keen for his signature.

Murphy has showered heaps of praise on Alli, saying he is a ‘good finisher’. The former England midfielder feels that Everton could be an ideal destination for Alli.

“If you throw Dele Alli at his best into the mix with Richarlison, James (Rodriguez) and (Dominic) Calvert-Lewin that starts to sound very appealing (as a front four),” Murphy told talkSPORT Drive.

“Obviously, Everton’s problems more recently have been defensive but let’s look at it from an attacking point of view, what does Dele bring you when he’s at it?

“Tremendous movement off the ball, good finisher, good awareness in the box, assists were high in his first few seasons for Tottenham. He’s not become a bad player overnight. I’m not seeing him train so I can’t comment on that.

“I don’t know where his head’s at or what his attitude is like but if you are asking me to judge him on footballing talent that I’ve seen and the way he plays the game then I think that will be good business for Everton.”

Everton are only interested in signing him on loan.

According to reports from the Express, Spurs chief Daniel Levy is unwilling to sell or loan Alli to a domestic rival.

French champions Paris Saint-Germain are reportedly interested, and a move abroad could be on the cards.

Alli is a top-class player, but his form has dipped in recent years. Moreover, Mourinho is not impressed with his work ethics, and it is getting difficult for him to get back into the manager’s good books.

Everton have a very good attacking set-up, and adding Alli into the mix will give them an extra weapon in attack.