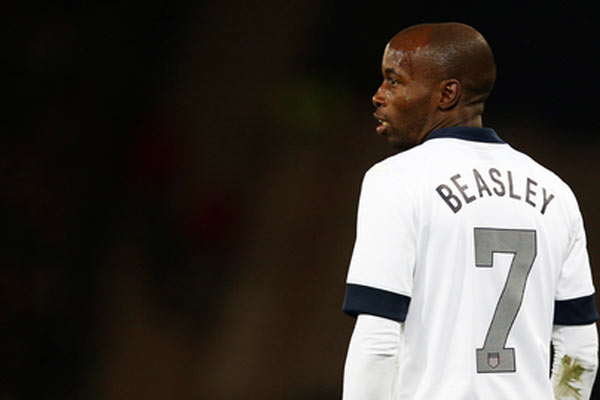 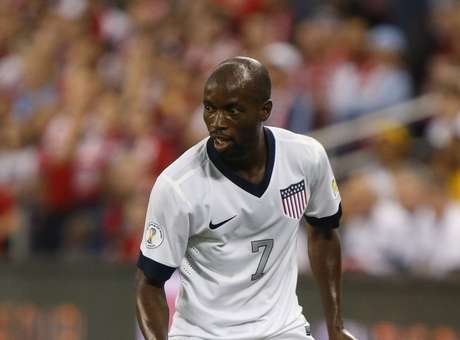 DaMarcus Beasley is heading back home to Major League Soccer, this time he will be heading to the Houston Dynamo. Photo by Kyle Rivas/Getty Images

The Houston Dynamo have won the race for DaMarcus Beasley in Major League Soccer allocation by exchanging with Toronto FC for the U.S. international.

The four time World Cup veteran will be coming back to MLS, and he will be playing for the Houston Dynamo for two and half years, and is the clubs third designated player on the current roster.

“Really excited to say that I’m officially apart of the Houston Dynamo family,” Beasley posted on his twitter account, moments after finding out he had became a Dynamo player. “Can’t wait to get started and meet everyone.”

The United States international was able to go Houston because the Dynamo were able to get TFC number one allocation spot in the draft. By sending money (The amount has not yet been made public.) and third year midfielder Warren Creavalle to the north of the border, in exchange they got the rights for Beasley.

“When it became known around the first week of July that DaMarcus Beasley was looking to come back to MLS, we threw our hat in the ring and expressed interest with the league and with his agent Richard Motzkin,” Houston Dynamo President Chris Canetti told MLSsoccer.com. “We played a pretty vital role in eventually getting the contract signed with the league over the course of the weeks. We were part of the driving force behind that.Given that we had expended energy time and effort into making the signing happen, we wanted to make sure that the process could see its way through and that he ended up with us.”

The former U.S. national team captain will be heading to the lone star state for $193,000 and the 32-year-old will bring tons of experience to a struggling Dynamo team. The team currently sits second to last place in the Eastern Conference and has a league worst of a negative 18-goal-differential.

“The simplest and most basic thing is we think he makes our team better,” Canetti told MLSsoccer.com. “We got a veteran of the World Cup and club soccer who has played with some of the most elite clubs in the world spending time with Manchester City, Rangers, Puebla and PSV Eindhoven. He brings a lot of quality play and veteran leadership and he is a name our fans can recognize and be happy to see joining the team.”

The former Chicago Fire attacking winger is expected to be available on Sunday, Aug. 3 at 8 p.m. Eastern Time, in his first home match at the BBVA Compass Stadium against DC United.