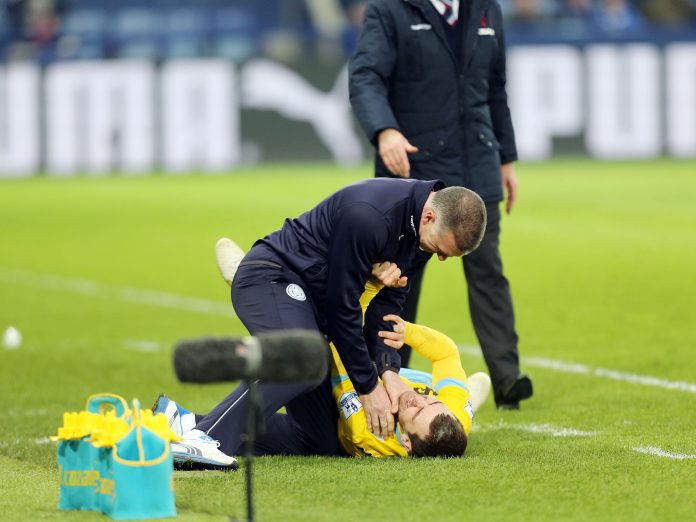 It’s been a whirlwind last few days for Nigel Pearson. One minute he’s sacked, the next he’s not, and for a brief while, he seemed to be a wrestler. The Leicester manager gave a rather peculiar press conference after his sides game against Crystal Palace followed by a more coy press conference today, where he gave little away regarding his job security. After an unusual week for the Leicester City boss, we take a look at his recent managerial record and what to make of his recent incidents.

Nigel Pearson rejoined Leicester City for his second spell in charge of the club in December 2011 from Championship rivals Hull City. Pearson had done a fairly good job at Hull; steadying the ship, so to speak, bringing in some good young and enthusiastic players and pushing for the play-offs. At the time of his departure, it seemed his hard work was finally coming to fruition at Hull City and there was a degree of surprise at his exit. Pearson left in rather acrimonious circumstances and there was a bitterness felt by some fans regarding the manner of his departure to the lower placed side. There was never any real affinity between the fans and Pearson, his attitude towards the media and fans alike did not endear him to people, although Pearson was always very clear that he had no such intentions. His job was to get results and if people did not like the way he did that, then they could stop attending games, a view he echoed recently at Leicester.

At Leicester, Pearson was left with a somewhat similar task to the one he had at Hull when he had first arrived. A number of the Foxes players brought in by Sven Goran-Eriksen were on large wages with limited re-sale value and it was his job to move on those who could no longer contribute to the side and bring in fresh faces who could. Steve Walsh, Pearson’s assistant, had spotted a number of young talents who he had taken to Hull and replicated this feat at the King Power. In Pearson’s first season the side finished ninth, in his second they reached the play-offs but lost to Watford in dramatic fashion but in his third, the side won the Championship title convincingly. It is fair to see Pearson had done a good job, although not remarkable. Whilst the Foxes had one of the biggest budgets in the league you only have to look at the division in recent seasons to see that can count for very little sometimes. 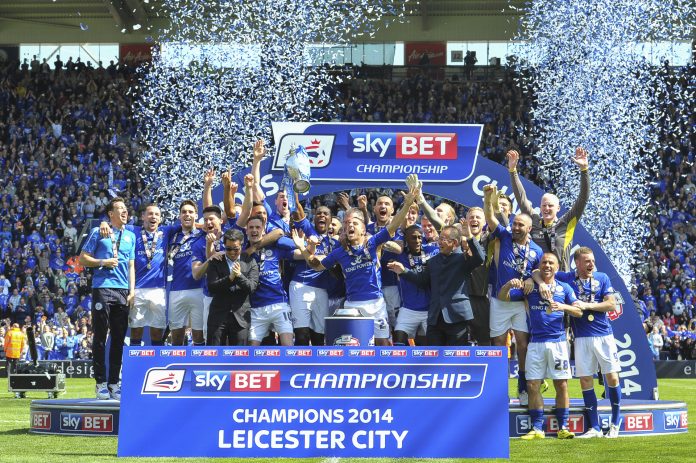 There was much talk of big spending from the Leicester owners over the summer, some blown out of proportions by the national press but it was a little surprising to most to see the club be so tight-fisted in the transfer window. Leonardo Ulloa representing the clubs only major fee splashed out, although the signing of Esteban Cambiasso on a free transfer arguably signaled some intent. It should come as no surprise then, that Leicester have found it difficult this season with a side dominated by Championship players adjusting to life in the Premier League. The East Midland outfit began the season strongly, as many newly-promoted sides do, their most famous victory a 5-3 win over Manchester United. Pearson did not get carried away with the sides bright start though and repeated his mantra of not getting too excited over a win or too down over a defeat. More modest results were to follow, as the Foxes went 13 games without a win before a mini-resurgence over the festive period.

The first controversy surrounding Pearson came in early December when he appeared to tell a Leicester fan to “f*** off and die”, compounding his reputation as a manager who often has a mixed relationship with his own supporters. Pearson later referred to the fan, who is believed to have provoked him by calling him an “utter t**t”, as an idiot. However, Arsene Wenger and Alan Pardew are no stranger to criticism to abuse from their own fans whilst Steve Bruce continues to go about doing his job regardless of any mean comments made about the shape of their head. Perhaps Alan Pardew is not the best example of a manager who knows how to keep his cool, but you get the point. Pearson was fined £10,000 and given a one-match touchline ban following the outburst. He was forgiven by most who probably thought if they were facing a barrage of abuse from some big-mouth in the stands, they’d probably be inclined to reply, although perhaps something less damming would have been advisable.

Pearson’s latest incident came across as a lot more unusual though. It has been revealed that he has had problems with stress, which would explain a lot. What began as a ‘jovial’ act, Pearson put his arms around James McArthur’s neck, when the Crystal Palace midfielder got up, Pearson held onto his shirt before finally letting go of the player. After the match, one may have expected Pearson to palm the incident off as a joke and at least temper the media furor which was surely to follow such a bizarre occurrence. Instead he gave an even more bizarre interview, informing the interviewer “I’m more than capable of looking after myself, there’s no doubt about that.” Reports began circulating on Sunday afternoon that he had been sacked before a statement from the club dismissing such allegations. What has followed is a great deal of speculation, with even Gary Lineker adding fuel to the fire as well as mocking Pearson. 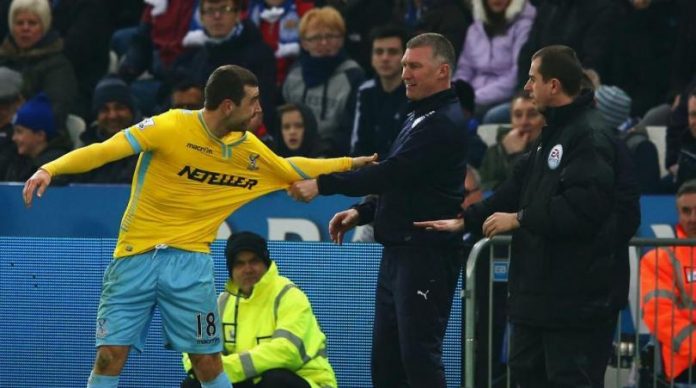 As it stands, Pearson is still in charge. In today’s press conference he blamed Match of the Day for making too much of the situation but when you put your arms around a players neck, refuse to let go of them and fail to rule it out as playful, in the most watched league in the world, you should not be surprised when people consider your actions bizarre. Leicester travel to the Emirates to face Arsenal on Tuesday night, and the good news continues for Pearson as it has been confirmed Alexis Sanchez is fit to return for the Gunners. Although bottom of the division, Leicester are only 4 points adrift with a long way to go. Such incidents will do little to help their cause though. Pearson’s attitude and behavior is in the limelight whilst he remains the manager of a Premier League football team, in a way it wasn’t in the lower leagues. He has been rigid and stubborn in the face of criticism since his time at Hull and there is little evidence to say he is going to change anytime soon.