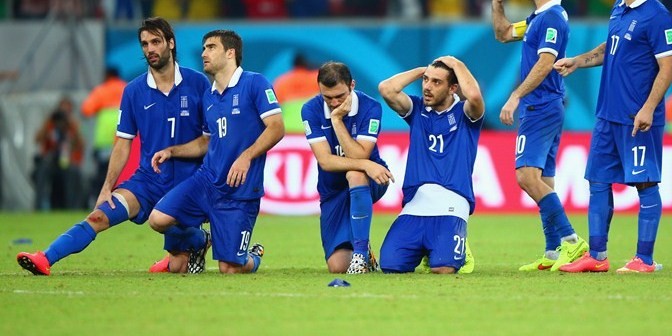 The unlikely match-up in Recife of Greece and Costa Rica, both underdogs to qualify for the Round of 16, took 120 minutes of play and 8 penalties to settle. Keylor Navas continued to build on his great season in La Liga and, as the Central American legs became more and more exhausted, his conviction never faltered. The Greek leveler was not attributable to the steadfast stopper, more to the fatigue of the men in front of him and he made all the difference in extra-time, keeping his country in the game. 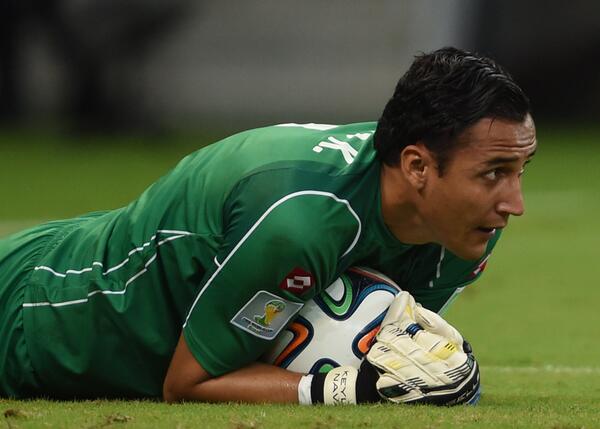 Eventually his save against Gekas gave Costa Rica the triumph and passage to the next round, after an impressive array of penalty kicks from both sides. Brazil and Chile should take note of how it’s done.

The World Cup minnows can well and truly take a bow, this has been an exceptional display of solidarity and determination, even if they bail out in the next round against the Netherlands. The CONCACAF heroes have successfully cast aside England and Italy in Group D, as well as topping it ahead of Uruguay and now they have sent home Greece too. The nation, now ranked 28th in the world, have ended the party for nations with a collective 7 World Cup wins, as well as the team who took home the 2004 European Championships trophy.

Casual start to the encounter

The game started slowly, with just a few mild efforts that were mostly dealt with by both defenses, taking until the 36th minute to see a real goalscoring opportunity. Greece had begun to take dominance of the possession when defender Jose Cholevas floated a spectacular cross into the path of Dimitrios Salpingidis. The former Panathinaikos winger met the ball well and was only denied by the leg of Keylor Navas, who made himself as big as possible to keep the ball out.

Bryan Luiz was as good as gifted his goal by the Greek defense, who left him completely open in front of the box and he punished them for the lackadaisical marking. Joel Campbell, once again involved, fed the ball out to the exciting winger Bolanos on the left, and the Copenhagen man checked back and picked out Ruiz perfectly. The Fulham striker didn’t blast it by any means, instead prioritizing placement and put the ball into the bottom corner, where Orestis Karnezis could just watch it roll over his line. 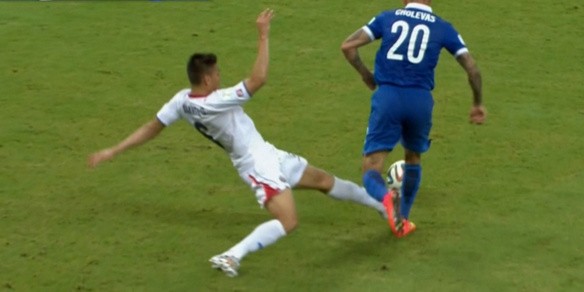 A second yellow saw Costa Rica go down to ten men after a poorly timed challenge gave the ref no choice but to show a second yellow to Duarte. Neither of the defender’s fouls were particularly necessary and he gave his teammates an avoidably difficult final 25 minutes to safeguard their slender lead.

Greece struggled to capitalize on the advantage, lacking that final touch in front of goal, and it took until added time to finally find an equalizer. Substitute Gekas whipped around 180 degrees to fire in a shot but Navas was not going to be beaten so easily and blocked the shot well. The rebound, however, fell to the feet of Sokratis Papastathopoulos and, before there was time to say his name, he snapped wildly at the ball and put it in the back of the net. Greece were level and the game went to extra-time.

Within seconds of the action resuming, Roma full-back, Vasilis Torosidis, put a deadly cross into the Costa Rican six-yard box that just needed the slightest of touches but was just out of reach for the almost forgotten Fulham forward, Konstantinos Mitroglou.

With all their substitutions used up, the Costa Ricans really began to feel the effects of being a man down and Greece took control of the game. Almost the entire of extra-time was spent in the half of the Ticos, with Ethniki pushing hard for a winner. They just didn’t have anyone with a sharp enough finish though and failed to exploit the upper hand they held.

Eventually the game was won by Costa Rican confidence and buoyancy, never letting the pressure of the situation drag them down. It is pretty much Mission: Impossible, but if they somehow manage to beat the Dutch next week, there will not be a single neutral that isn’t cheering them on.