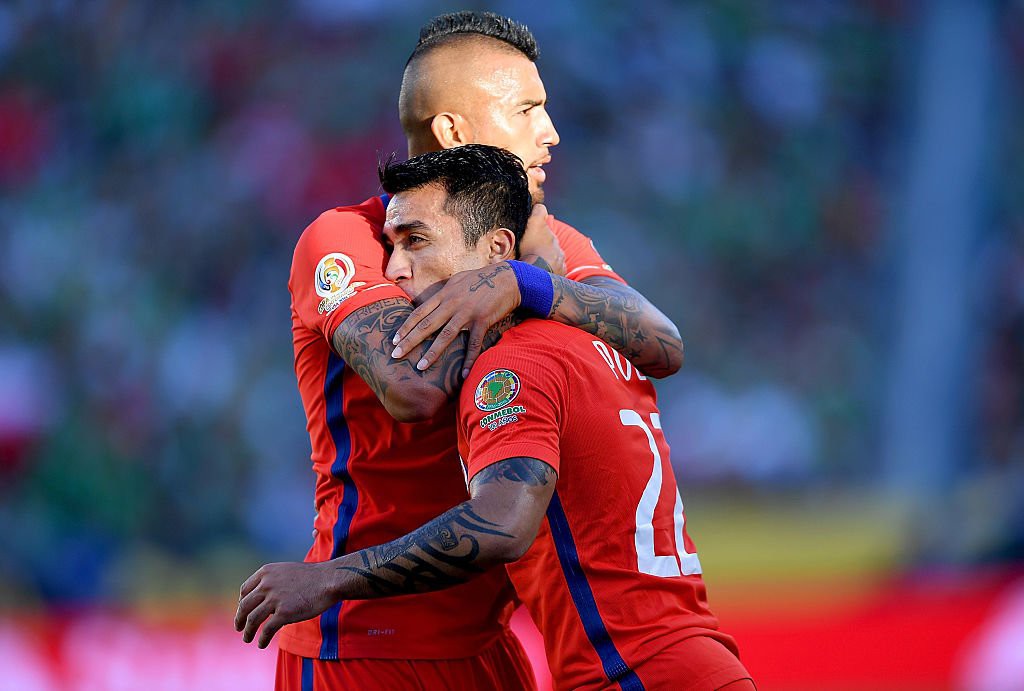 Lionel Messi made his first start for Argentina in Copa America Centenario on Saturday and boy he did produce a masterclass performance. Argentina swept Venezuela 4-1 aside, with goals coming from Napoli forward Gonzalo Higuain, who scored twice, Lionel Messi and Erik Lamela.

Venezuela surprised everyone by reaching this far as very few had expected them to qualify from their group. They defeated both Uruguay and Jamaica and drew against Mexico to set up a quarter-final date with Argentina. Their journey so far had been based on a solid defensive performance, having conceded only a goal prior to this match.

Rafael Dudamel’s side were expected to put up a strong defensive performance and frustrate Messi and co, but as it turned out their defensive frailties were brutally exposed as the Barcelona superstar weaved his magic right from the onset.

Messi was used only as a sub in the group games as he was recovering from a back injury but here he was included into the starting XI for the first time. After a blitzkrieg of a start, Gonzalo Higuain gave Argentina the lead, sliding the ball past Hernandez, after Messi found him in the box with a delightful diagonal pass.

Higuain enjoyed a brilliant 2015/16 campaign with Napoli and has been a reported £85m target for Manchester United this summer. He is Gerardo Martino’s first choice striker in the team but goals were missing from his boots up until this point.

The Napoli striker grew in confidence and had a shot blocked soon after. And he got his second goal of the game after picking up a horrendous back pass from Figuera and rounding off Hernandez to tap home.

Venezuela sensing that the game was drifting away from them tried to force their way with some smart moves. Sergio Romero was kept busy while Rondon’s header from a corner bounced off the post.

They enjoyed a good 15-minutes spell before the break and even earned a penalty when Josef Martinez was fouled in the box. Luis Seijas attempted a chipped Panenka but it went straight into the gloves of Romero.

Messi got his fourth goal of the tournament on the hour mark after interchanging a nice one-two with Nicolas Gaitan. With that goal, he became the joint top scorer for Argentina, equalling Gabriel Batistuta’s record of 54 goals for his country.

Javier Hernandez said “sorry, we were embarrassed” after El Tri suffered a humiliating 7-0 defeat, the heaviest defeat in any official tournament in Mexico’s history.

“Nothing hurts like us conceding seven goals in a tournament like this,” he said after the match. “I say to all Mexicans all over the world and [those] in the stadium that we try to represent the country in a dignified way and we are very embarrassed.”

NEXT:   Liverpool join the race to sign Arsenal's Bacary Sagna in summer

Arsenal superstar Alexis Sanchez hinted of returning to form after his brilliant performance against Peru in the last match, and here again, he was superb against the Mexicans.

Sanchez scored one and made another for Vargas as Mexican defence looked helpless before Chile’s dangerous attacking threats throughout the match.

Chile will face Colombia in the Copa America semi-final on Tuesday while Argentina will take on the USA in their next match on Wednesday.