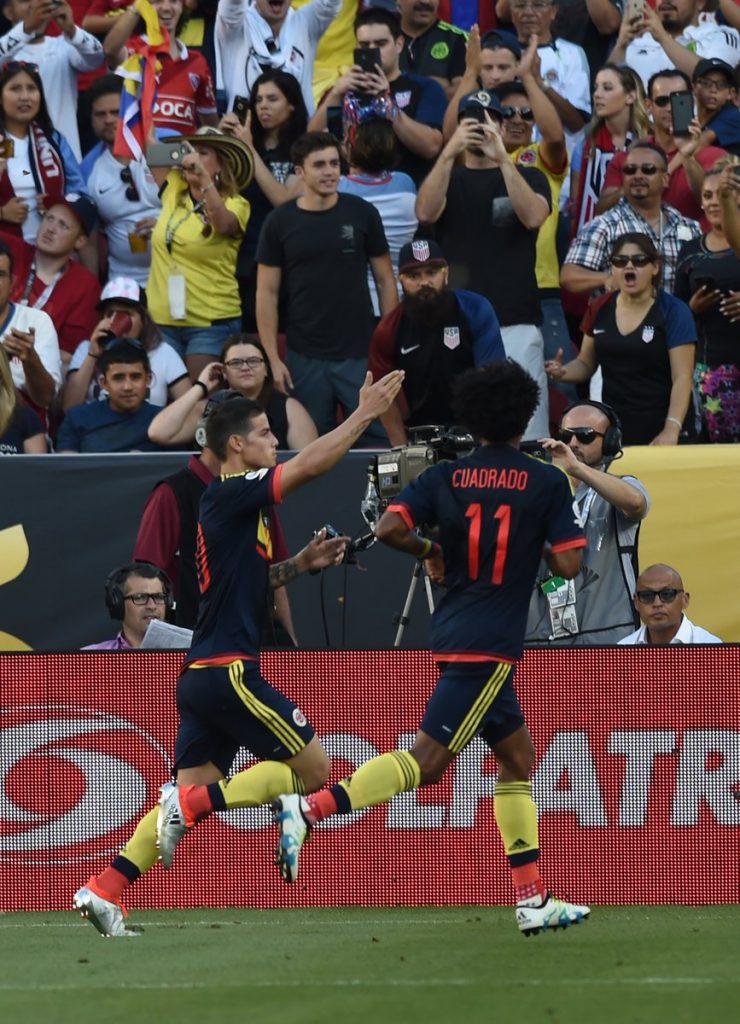 The Copa America Centenario is truly underway. Hosts USA were comfortably beaten 2-0 by Colombia in the opening match of the 2016 Copa edition at Levi’s Stadium in Santa Clara, California on Friday afternoon.

USA had 12 shots on goal, but couldn’t even create single clear cut chances. Colombia weren’t brilliant either. They did just enough to pick up full three points, with both their goals coming up two dead balls.

Analysis on the two goals

Colombia took the lead within 8 minutes through Cristian Zapata, with the goal coming from a corner kick. It was a major setback for USMNT but kept on pushing on goals, dominating a lion-share of possession. But they could string passes in the final third and penetrate the Colombian defence.

Now on to the goal – Zapata and Santiago Arias were set off at the far post, both man marked by Geoff Cameron and Michael Bradley. Arias tangled with Bradley while Carlos Bacca took the other marker away, leaving Zapata in acres of space from where he got a free shot on goal, one that he didn’t miss.

Colombia used the wide areas effectively with both Cuadrado and Diaz enjoying space on the flanks. It was a cross from Diaz from the left that the ball had hit DeAndre Yedlin’s hand inside the penalty box. James Rodriguez stepped, converted the penalty with ease and scored his 15th goal for his country in the process.

The ball did hit his arm but the young fullback was merely trying to block the cross and it was purely unintentional. The fact that he rose his arm to cover his face gave referee Roberto Garcia the opening to give it a penalty.

Colombia maintained their 100% record in 2016, but La Tricolour will be sweating over Rodriguez’s injury scare. The Real Madrid superstar fell awkwardly on the ground after a tackle (non-tackle, replay shows it is a dive) from Michael Bradley. He hurt his shoulder in the process and was quickly replaced. All eyes are now fixed on James’ injury; Colombian fans can only hope it is not too serious.

Stats from the match

– The United States took 12 shots against Colombia but only one hit the target, their lowest SOG total since Oct. 14, 2014 against Honduras. All seven of the U.S. shots inside the attacking penalty area were either off target or blocked.

Since 2014, James leads Colombia in goals scored (12), shots taken (73) and chances created (52). He ranks second in assists with six behind Juan Cuadrado (seven).

Away from football, a sad news has shocked the sporting fraternity – boxing legend Muhammad Ali has passed away this morning at the age of 74.

The three-time world heavyweight champion had suffered from Parkinson’s disease since 1984 after retiring from sports.

Ali had been admitted to hospital in Phoenix, Arizona, days before he died as he was suffering from respiratory issues. He is a sporting icon, one who has transcended the game in its truest sense.