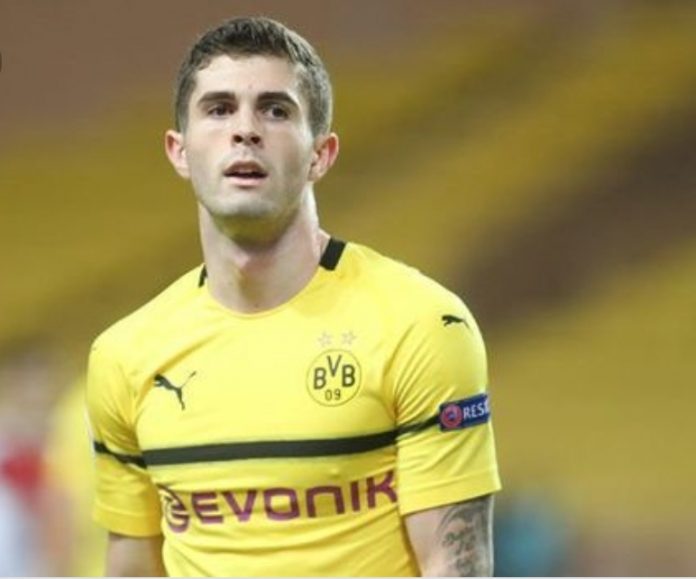 Speculation regarding the future of Christian Pulisic has gone into overdrive in the past few days.

The American has been largely linked with Chelsea, Liverpool and Arsenal. Bild claimed yesterday he is Stamford Bridge bound, but not until the summer. Terms are agreed, with the fee the only thing left to complete the deal. £45m is the price being reported.

Liverpool have been regarded as favourites to clinch the signature of the 20-year-old. The Daily Mail claiming The Reds are favourites to beat Arsenal for his services. The reason given that the North London club have fallen short with their valuation of £35m.

The latest twist in where the highly sought after attacker is going to end up has been fuelled by his father, Mark Pulisic.

Pulisic Senior has sent fans into a frenzy after he decided to follow Chelsea, and Blues star Eden Hazard on Twitter. 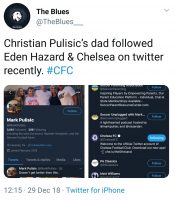 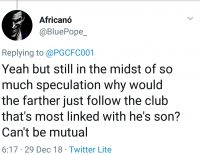 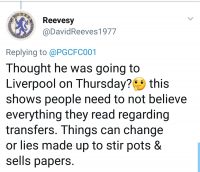 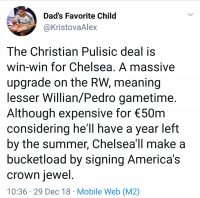 Pulisic is a football man himself, so it’s no surprise he’d decide to follow a top club and a big name player. The timing of it does fuel the rumour mill though. However, just because he has added to who he follows, it doesn’t mean his son will sign for that club.

The transfer window is now only matter of days away from opening. Pulisic and  Borussia Dortmund look to have a decision to make one way or the other.