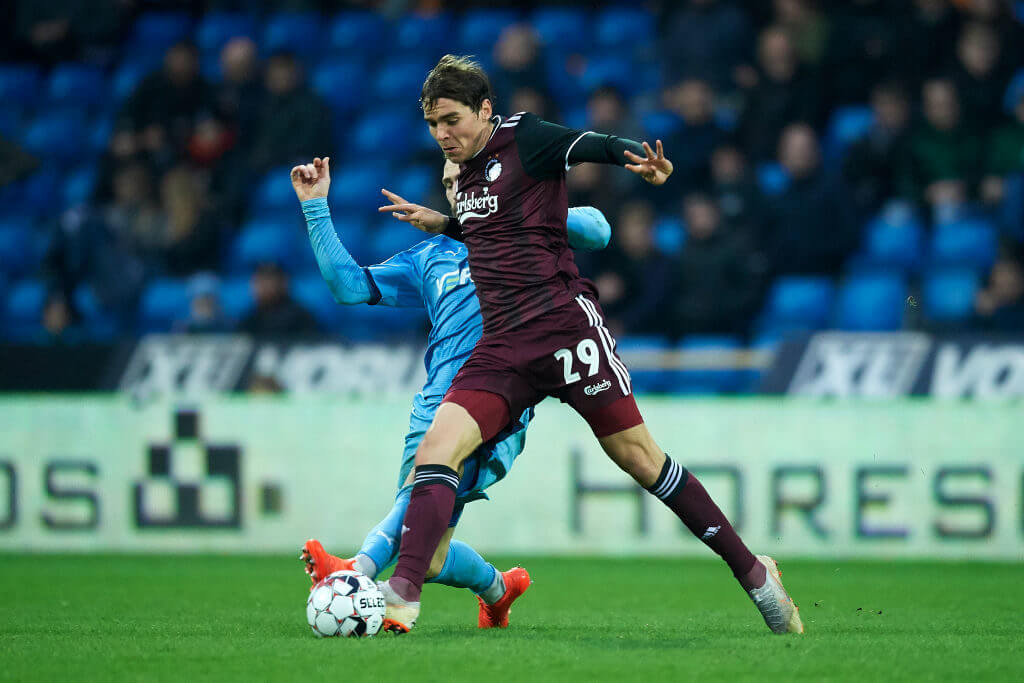 The player has been linked with a move to Spurs this month and Eriksen has hailed his set piece ability.

The Premier League star revealed to Bold that his position as the free kick taker for his country could be in danger because of Skov’s exceptional ability.

Eriksen has now told Bold: “I have great respect for Robert, who has scored so many free kick goals in the league, it’s really nice. At Copenhagen, he does not waste many at the moment, and that is exceptional, so I may be in danger as a free-kick shooter – if he continues, then it is in danger at least.

The Spurs fans will no doubt be excited to hear these comments from their star player about a potential target.

It will be interesting to see if the Londoners make a move for Skov at the end of this season.

Pochettino needs to improve his attack and the Danish international could prove to be a useful signing.

The attacker has been in scintillating form for Copenhagen this season and he could be the ideal back up for Harry Kane.

Skov has the ability to play in a two as well and he could partner the England international if needed.

The 22-year-old has scored 26 goals in 40 games for the Danish side this season. He is unlikely to come cheap.

However, Levy certainly has the resources to make the move happen. Especially after not spending a single penny on new players this year.