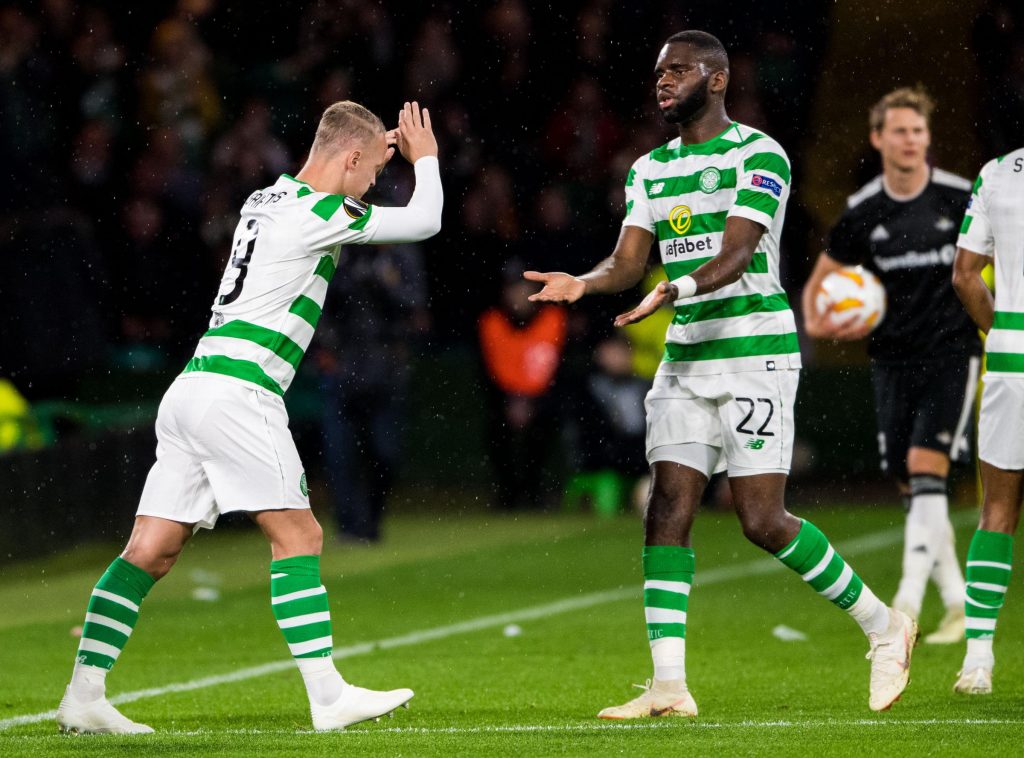 Former Celtic player Chris Sutton believes that Odsonne Edouard and Leigh Griffiths have let their team down against Salzburg.

The popular pundit explained in his column with Daily Record and the Celtic attacking duo need to work harder and help out their teammates in tough situations.

I’m a big Griffiths fan and Edouard has potential but here’s my @Record_Sport thoughts on why Celtic’s frontmen can do and have to to so much more for the team…. Your thoughts?? https://t.co/mUyCYEF5ye

Celtic lacked an outlet against Salzburg in the Europa League and Sutton claims that Edouard and Griffiths could have done a lot more. He has urged the Celtic duo to hold up the ball better, press from the front, win free kicks and improve with their link-up play.

Against the top teams, it is hard to implement Rodgers’ passing football and that is when the forwards will need to do more than just score goals. Proper hold-up play would have allowed their teammates to get forward and trouble the Salzburg defenders during the midweek.

Celtic are clearly missing Dembele’s presence up top. The Frenchman was excellent at holding on to the ball and making most of the attacking situations with his flair. His pace and trickery were vital during counter attacks. It will be interesting to see if the likes of Edouard and Griffiths can make amends in the coming weeks.