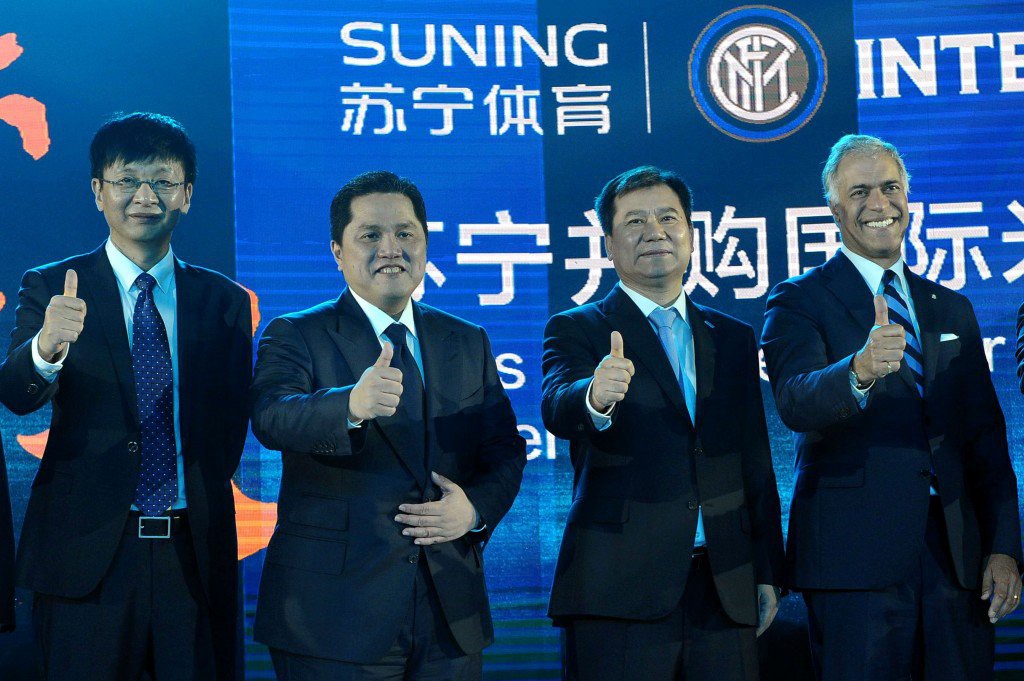 China’s influence over football only has grown in recent months and we once again find a Chinese company buying stakes in a major European club. This time its Inter Milan.

Chinese electronics retailer Suning Commerce Group Co Ltd is buying nearly 70% of Inter Milan for a sum reported to be around 270 million euros. So far, this is the highest-profile takeover so far of a European team by a Chinese firm.

Its known that the Chinese President Xi Jinping is a major supporter of the sport and Suning’s deal to take over majority control at Inter Milan is the latest step in a bigger plan to create a global sports empire which would stretch from clubs to online broadcasting. Xi is a keen fan and wants China to one day host, and win the World Cup.

Current majority owner and president Erick Thohir would stay on as president and become the sole minority shareholder in Inter Milan, while former president Massimo Moratti will sell off his entire stake which is just under 30%.

“The popularity of the game, particularly in Asia and China, is going through a period of massive growth,” Thohir said.

“This agreement with Suning Holdings Group will allow us to get much closer to our huge fan base in China and the Asia Pacific region.”

Suning is also amongst the frontrunners to buy UK-based Stellar Group, one of the world’s leading football agencies.