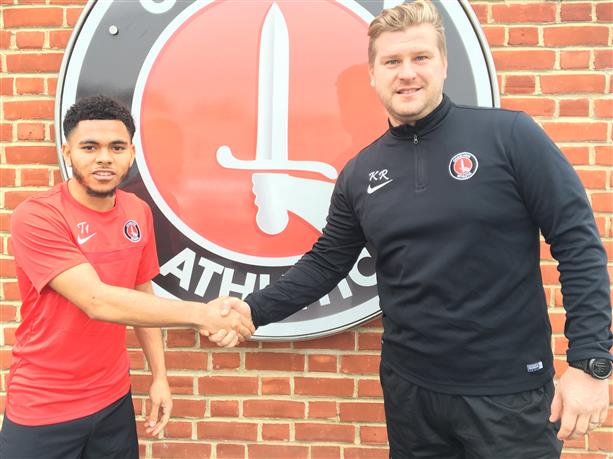 Charlton have agreed to a deal with Chelsea for the loan transfer of winger, Jay Dasilva, for the rest of the season. The England U19 international has already signed a contract with Charlton and participated in his first training session yesterday.

The Chelsea winger is very highly rated by the coaches at Stamford Bridge, and this move is seen as an ideal opportunity for him to develop as a footballer. Dasilva is primarily a left-winger and can operate from in behind the striker, as well. The versatile attacking-midfielder is blessed with tremendous pace and could prove to be a valuable asset for Charlton during the second half of this season.

Dasilva is Karl Robinson’s first signing for the Addicks. Robinson took over as their manager in November, and the Charlton boss seemed delighted to have secured the Chelsea winger’s services.

Jay is somebody who has been very highly thought of in Chelsea’s academy system over the last three years or so. What he’ll give us is a real dynamic speed and a real agility in his movement. He’s a left-footed player that can play as a winger, a wing-back, and in the number 10 position. Technically, he is outstanding and we are very pleased to get this deal done right away. We are short on bodies at the moment, and Jay will help to bolster our squad, as well as the move aiding his development.

Dasilva expressed his delight after completing the move, also. He said:

I’m delighted to sign here on loan until the end of the season, and I cannot wait to get started. This is my first loan move, so I’m itching to get going and I’m looking forward to getting familiar with everything around here. I see myself as an attack-minded player. I’m not the tallest, but I’m very quick, and this is the next step for me in my development as a player. I think that Charlton is the right place for me to take that step.

Dasilva has been a key member of Chelsea’s youth teams since joining the club as an U13. He has won the FA Youth Cup three times and the UEFA Youth League twice with the Blues. The Chelsea winger is expected to make his Charlton debut against Bristol Rovers on Monday.