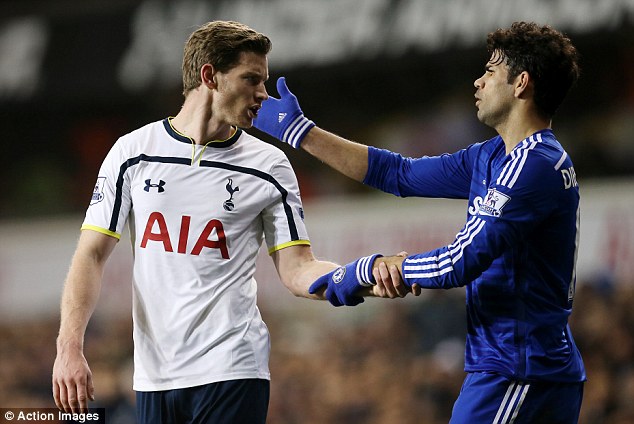 Mauricio Pochettino takes his troops to Stamford Bridge to take on the most in-form team in the league, Chelsea. Spurs are on an inconsistent run of form at the moment, and confidence won’t be high, despite their dramatic late win against West Ham last weekend. In midweek, a loss to Monaco saw them eliminated from the Champions League.

Chelsea, on the other hand, are on a 6-match winning streak in the league. They have also kept clean sheets in each of these games. Along with their opponents on Saturday, the Blues are the only team in the league to concede less than 10 goals so far. Despite that, it’s highly likely that this game will be anything but cagey.

With match-winners on both sides, here are three individual duels that could turn the tide:

The Chelsea winger is close to unplayable on his day, and Spurs have found that on more than one occasion. Even when the Lilywhites beat their London rivals 5-3 on New Year’s Day in 2015, Hazard was fantastic.

Kyle Walker has got blistering pace, but his defensive abilities can be called into question at times. The Englishman is going to have his hands full all game, and will need support from the right winger to track back. Chelsea’s 3-4-3 will mean that Marcos Alonso will overlap as often as possible on that side, and marking the mercurial Hazard will not always be easy. If the Belgian is on song, Chelsea will believe that they have a great chance of carving Spurs open at will. 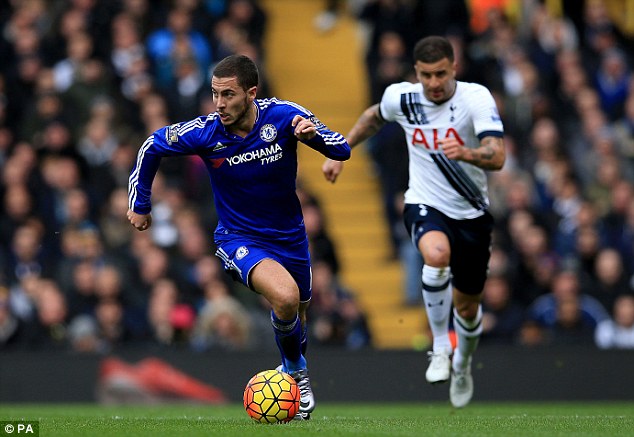 Spurs have a big problem at the back with their best defender, Toby Alderweireld, ruled out through injury. This will mean that Jan Vertonghen will partner Eric Dier at the heart of the backline. The Belgian is a fractious character at times, and wouldn’t want to get into a tussle with Diego Costa. The Chelsea striker has controlled his aggression admirably well this season.

He has concentrated more on his football, and is the top-scorer in the league currently with 10 goals. He will relish an individual battle such as this, and will take every opportunity available to get under Vertonghen’s skin. His success at doing this may go a long way to determining the outcome of this contest. The last thing Spurs need in an already uphill battle is going down to 10 men.

Spurs are heavily reliant on Harry Kane for coming up with the goods in front of the goal. One would think that if anyone, it is he who has the best chance of breaking Chelsea’s clean sheet streak. The Englishman has scored 5 times in the league this season, including twice in three minutes last week to convert a loss into a win against West Ham. He is though, yet to reach the heights he did in previous seasons.

The Golden Boot winner of the last campaign, Kane, will compete against David Luiz in this one. Luiz has been an absolutely brilliant signing for Chelsea. There were more than a few questions raised on the decision to bring him back from Paris Saint-Germain, but the Brazilian has been as solid as a rock. He will have to be at the top of his game once again to keep Chelsea secure at the back.