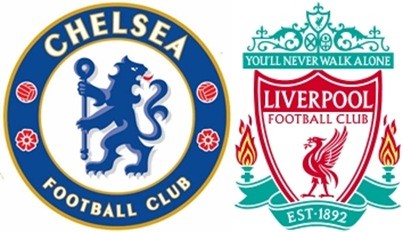 Chelsea take on Liverpool in the second leg of the Capital One Cup semi-final at Stamford Bridge. The first leg at Anfield last week ended 1-1.

The confirmed starting line-ups are:

The Blues arriving at Stamford Bridge for #CFCvLFC earlier on… pic.twitter.com/0TZasxK88w

A fairly eventful opening 12 minutes here at Stamford Bridge. The home fans are in full voice as Willian has a penalty claim for handball denied.

Diego Costa has already got into a few squabbles. The Brazilian is arguably lucky to stay on the pitch after appearing to stamping Emre Can on the touchline.

Costa then has a legitimate penalty appeal turned out after being felled by Martin Skrtel in the box. Looks like a stonewall spot kick but Michael Oliver points for a goal kick.

Thibaut Courtois pulls off two huge saves, first from Alberto Moreno and then from Philippe Coutinho to keep Chelsea level. Liverpool look more like taking the lead at the moment.

Jose Mourinh0 is forced to make a change just three minutes into the second half, as Cesc Fabregas, injured after a collision with teammate John Terry, is replaced by Ramires.

Remember, if the game stays at 0-0, we will go to extra-time. The away goals rule applies only after 120 minutes.

FULL-TIME: Chelsea 0-0 Liverpool. We are going to extra-time, after a goalless 90 minutes in what has been an absolutely pulsating encounter so far.

GOAL! Chelsea 1-0 Liverpool. Branislav Ivanovic heads in a Willian free-kick. The Blues have one foot in the final.

Jordan Henderson misses an absolute sitter from 4 yards, as he heads a Raheem Sterling cross wide with only Courtois to beat.

Diego Costa is finally in the referee’s book, along with Steven Gerrard after a squabble between the duo.

FULL TIME (AFTER EXTRA-TIME): Chelsea 1-0 Liverpool. Branislav Ivanovic is the match-winner as the Blues head to Wembley for their first League Cup final since 2008.