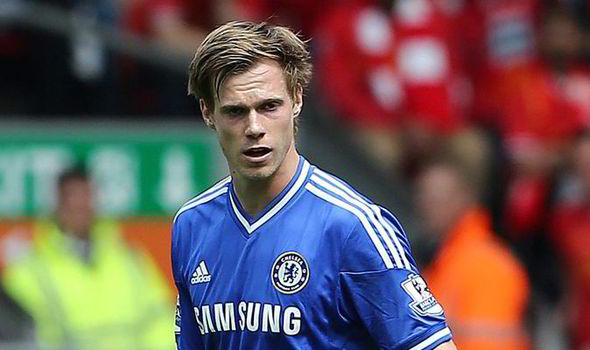 Chelsea have sent two more players out on loan, in a transfer window that has seen several young talents exit Stamford Bridge for regular first-team football.

The club confirmed on their official website that 22 year-old centre-back Tomas Kalas will join Middlesbrough on loan in the 2015/15 campaign, extending his time at the Riverside after spending the second half of last season there.

The Blues have a lot of expectations from Kalas, who will be remembered for making his Premier League debut at Anfield in the 2013/14 campaign. In a crucial game where Liverpool would have take a giant stride towards the title with a win, the Czech defender expertly kept Luis Suarez quiet. The Uruguayan had been the best player by far throughout the season, but was unable to make any impact on the game due to Kalas’ fantastic performance. Chelsea went on to win the game 2-0, thereby helping Manchester City to become champions. With John Terry nearing the end of his career, Kalas may not be long away from going straight into the starting XI. But, Chelsea are also reportedly on the lookout for Everton’s John Stones, and had a £20 million bid rejected earlier today.

The other player on the way out is Brazilian wing-back Wallace, who was signed from Fluminense in 2013 but is yet to make a first-team appearance at Chelsea. The 21 year-old will spend next season in Italy, with newly-promoted Serie A side Carpi FC. While this news has not been confirmed officially by Chelsea, it was reported today by the reliable Gianluca Di Marzio. 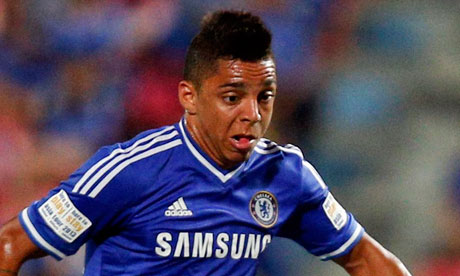 Wallace had an earlier stint in Italy with Inter Milan in the 2013/14 season but only managed 4 appearances in all competitions. Last year, he played with Dutch side Vitesse Arnhem, making more of an impact and playing 23 games in all.

Kalas and Wallace follow the likes of Andreas Christensen, Marco van Ginkel, Izzy Brown, Nathan and Mario Pasalic out of Stamford Bridge on loan this summer.