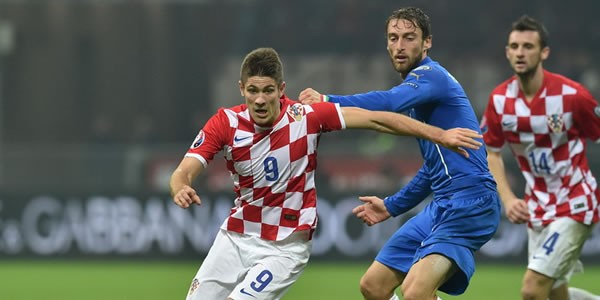 The January transfer window is fast approaching and Premier League clubs are already weighing up their options in the transfer market. According to reports in Italian media outlet Tuttosport Chelsea have set their eyes on Croatian striker Andrej Kramaric.

The 23 year old who plays for HNK Rijeka has been in stunning form scoring with reports from Croatia also suggesting that the Blues have been in contact with the player’s representatives. Tuttosport however have mentioned that Arsenal and more importantly reigning Serie A champions Juevntus are also interested in the striker’s services.

It is believed that Jose Mourinho is an admirer of the youngster and wants to bring him at Stamford Bridge in January. Kramaric could be available for around €7m-€8m for any potential suitor as quoted by the trusted and reliable TMW.

It is reckoned that Chelsea could acquire the services of Kramaric in the upcoming winter transfer market and would send him on loan to a mid table Premier League side for enough game time before he is ready for the next season. Chelsea would be shrewd if they are acquire the Croatian on a nominal transfer fee and with Didier Drogba set to hang up his boots in the summer, Kramaric would be a long term prospect for the Blues.