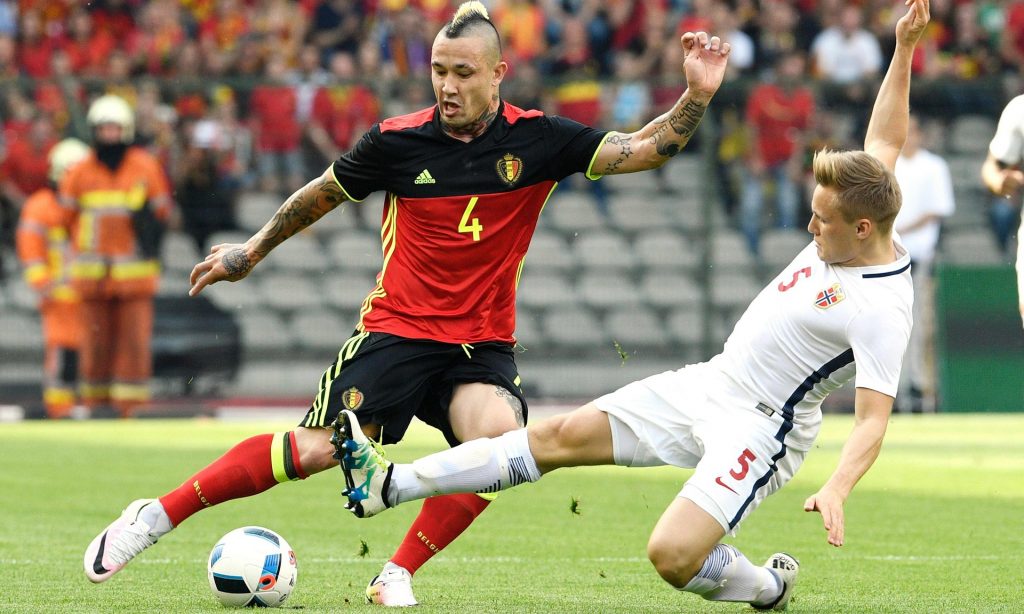 Roma midfielder Radja Nainggolan has been linked with a move to Chelsea this summer.

The Belgian midfielder has been one of the best players in Serie A for the last couple of seasons and is a target for Antonio Conte.

Speaking to the media on international duty, Nainggolan has revealed that he has already spoken to Conte and knows what the Italian’s plans are for him. He also claimed that he has spoken to Eden Hazard and Thibaut Courtois about a potential transfer.

“He already wanted me when he was the Juve manager, but I’d already said I would never leave Roma for Juve,” said Nainggolan.

“Now he tries to get me to Chelsea. Conte told me what he expects from me and what type of player I can be for him. I’ll never be a player who’ll score 20 goals or give 20 assists, I’m not the one who’ll be in the picture all the time. I can be important for a team. A manager who appreciates that is important for me. But they [Hazard and Courtois] have also told me to join them.”

Chelsea could lose Nemanja Matic to Manchester United this summer and are looking to replace him with Kante and Nainggolan.

The Roma midfielder is a typical box-to-box player with superb engine, defensive contribution and tactical understanding. The Belgian is a fairly good passer as well and would help strengthen Chelsea’s midfield.

Conte wanted to sign the Belgian during his time as the Juventus manager as well and is fully aware of Nainggolan’s qualities. Chelsea have already submitted an offer for the player and recently he revealed that he will have to consider a transfer to Chelsea as it is a ‘big deal’ for him.

Roma are holding out for a fee of £32m for Nainggolan and have rejected Chelsea’s opening offer of £23m plus bonuses according to Guardian.