Italian giants Inter Milan are continuing their pursuit of Chelsea’s misfiring striker Fernando Torres, and look likely to make a summer move for the Spaniard, according to talkSPORT.

The report claims that Inter’s owner Erik Thohir was present at Stamford Bridge on Tuesday to watch the the second leg of the quarter finals between Chelsea and PSG.

After joining Chelsea for a record £50m from Liverpool in 2011, the Spaniard has found it immensely difficult to score goals for the Blues, and has been strongly linked with a summer exit.

Torres won the Champions League with Chelsea in 2012, but played second fiddle to Didier Drogba. The 30-year-old performed well under interim manager Rafa Benitez last season, but ever since the arrival of Jose Mourinho, Samuel Eto’o has been preferred to the Spaniard. 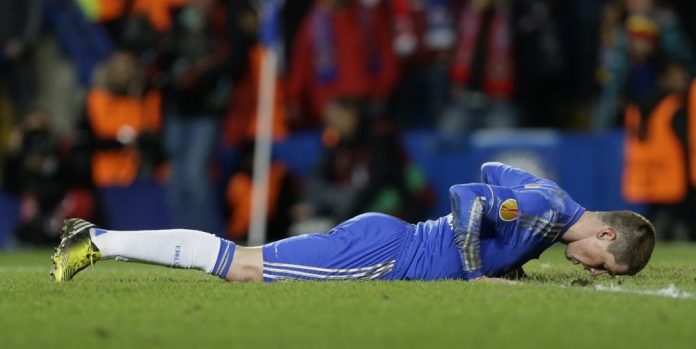 Mourinho’s reluctance to play Torres was highlighted after the Spaniard was dropped in Paris last week, as Andre Schurrle started as a false nine against PSG in the first leg.

Now the Nerazzurri is willing to offer Torres an escape route in the summer. Inter have already signed Manchester United’s Nemanja Vidic and are also looking to acquire the services of Manchester City striker Edin Dzeko in a bid to challenge for the Serie A title next season.

Thohir has also targeted Chelsea’s midfielder John Obi Mikel, the Nigerian deemed who is surplus to requirements at Stamford Bridge following the arrival of Nemanja Matic in January.

What do you think? Torres to Inter a good move? Let me know in the comments below…