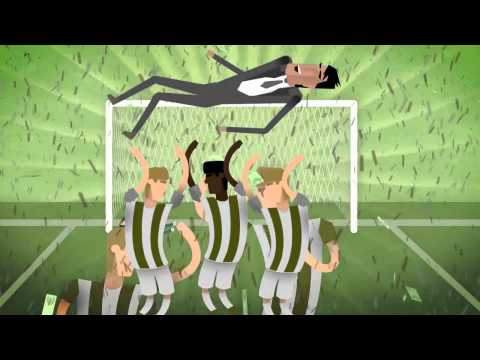 Last week, Mondogoal, a popular soccer fantasy website, announced their new partnership deal with Chelsea FC. It was their second major deal within this month, having already secured to a partnership with the La Liga giants FC Barcelona.

“There are few global brands, let alone soccer clubs, that are more progressive and respected than Chelsea FC,” said Mondogoal CEO and founder Shergul Arshad, as quoted by Forbes. “On the field, they have won everything there is to win, and count legends such as Zola, Terry, Lampard and Drogba.”

Mark Bell, Chelsea’s licensing head, said, “We see fantasy as a next great opportunity. We have seen studies that show U.S. daily fantasy sites get 70 percent of their revenue from NFL games, but around the world 70 percent of global sports wagering is directed at soccer.”

In addition to Mondogoal’s new deals with Chelsea & Barcelona, the fantasy sports website has other existing partnerships in place with other Premier League giants like Liverpool FC, Manchester City FC, West Ham United FC and Serie A outfit AS Roma.

While Mondogoal reaps the benefit of being tied with such brand names that brings large scale audience, the clubs in turn promote the site’s club-branded version of fantasy games to reach their global fans as well.

“We are able to use their marks and player images as long as it is a collection of player images,” explained Mondogoal CEO Shergul Arshad.

“Mondogoal will be featured on their social media, webpages, emails and any marketing vehicles that they so choose and they are able to promote to their fans to join the FC Barcelona daily fantasy with Mondogoal.  It gets us into a new league.  When you start to think of the scale of Barcelona on the social media sense, it is really a statement.  If you add up the social media followers of all 32 teams in the NFL, you reach Barcelona.”

Mondogoal’s contests are run on a daily or match-day basis for all major European leagues and cup competitions, like La Liga, Premier League, Serie A, Bundesliga, Major League Soccer, Ligue 1, the FA Cup, European Championship Qualifiers, Champions League and Europa League, and points are awarded to participants for goals, assist, tackles won or lost, shots on goal, passes completed, shutouts and much more.