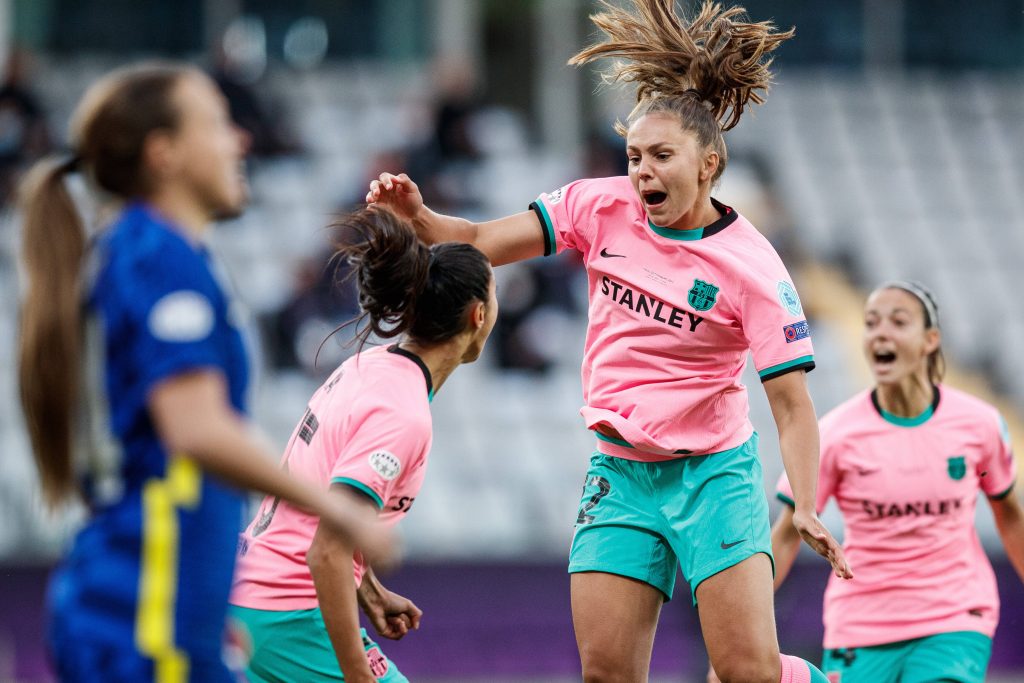 Chelsea Women’s hopes of winning the Champions League were ruthlessly ended by Barcelona in Gothenburg on Sunday evening.

Here’s how the side’s line-up in Gothenburg 🏆

Barca made their intentions known from the outset, taking full advantage of Chelsea’s shaky backline to open the scoring inside the first minute.

The English side failed to clear their lines after Lieke Martins’ long-range effort rattled the crossbar, with Fran Kirby’s sloppy clearance hitting Melanie Leupolz and looping into the net.

Hayes cut a frustrated figure on the touchline, but she was left floundering as Barca’s slick-passing style tore her team to shreds.

Her misery was further compounded after 35 minutes as Caroline Graham-Hansen finished off a sensational team move to make it 4-0.

Chelsea just about kept Barca at bay for the rest of the first half and they came out with renewed vigour after the break.

Sam Kerr spurned a couple of early chances to get the Blues on the scoreboard, but she was unable to convert on either occasion.

Chelsea continued to push forward, but Barca carried the air of a team who were playing well within themselves and never in serious danger of conceding.

They largely kept Chelsea at bay, with Pernille Harder’s 20-yard strike six minutes from the end the nearest that the English side came to getting on the scoresheet in the second half.

Barca comfortably saw out the remaining time to clinch the Women’s Champions League title for the first time in their history.

While Barca will rightly be proud of their achievement, Hayes must reflect on her pre-match bullishness which smacked of someone who underestimated the threat posed by the opposition.

Arsenal (2007) are the only English team to have won the competition, and the country’s clubs remain some way adrift of the best teams on the continent.