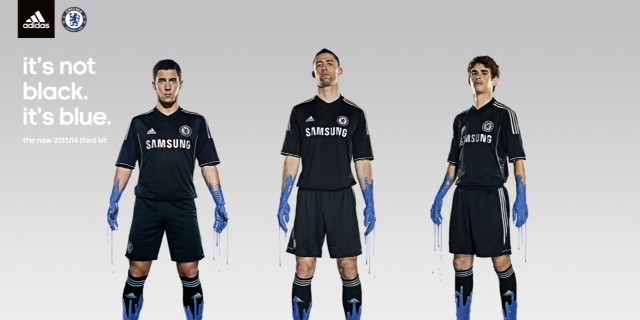 adidas revealed Chelsea’s 2013/14 home kit back in April following the campaign “It’s Blue, What Else Matters?“. The club has now unveiled their third kit for the 2013/14 season. 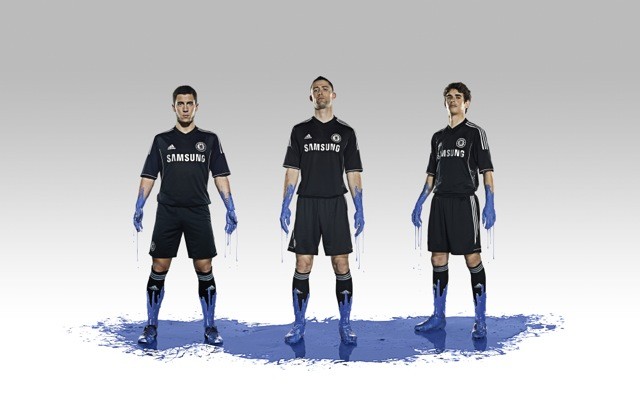 This new kit is designed to represent the future of football with a sleek matte black-on-black prints lining a mesh panel which allows for optimal ventilation.The futuristic design is further complimented by the metallic silver three stripes which run down the sleeves and the black and silver finish to the club crest.

Chelsea first featured the colour black on their socks in 1959 and the first all-black kit coming in 2002/03. And since adidas took over in 2006, black has become an important part of Chelsea’s kits. 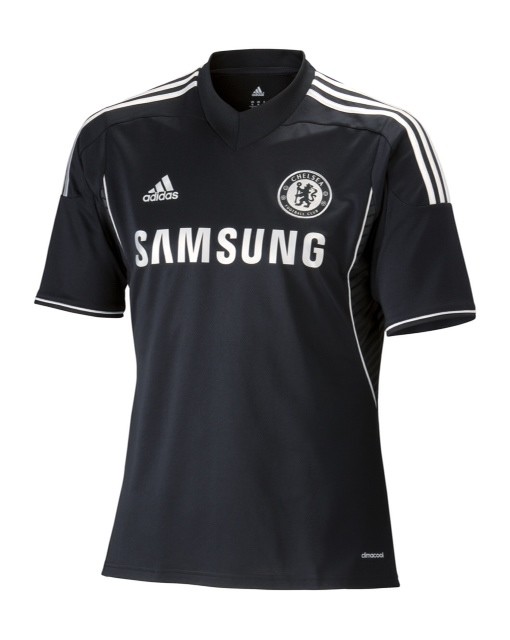 The kit features latest technologies like ClimaCool to ensure that it gives the players an edge on the pitch. ClimaCool provides a mixture of heat and moisture controlling materials and ventilation channels.

The 2013/14 Chelsea third kit will be launched on 26th August, 2013 and you can head to the Soccerlens Store to purchase any of Chelsea’s new kits. Moreover, you can pre-order the away kit from www.chelseafc.com/allin.