The 2013/14 Chelsea shirts have been leaked on the internet. The shirts are manufactured by adidas and Samsung is the shirt sponsor.

The Blues are in the best position to capture a Champions League spot as compared to Tottenham, Arsenal and Liverpool – they’re two points behind third placed Spurs and have a game in hand.

Chelsea’s new home shirt features a two-toned blue hoop design with blue sleeves and a yellow trim. The shoulders feature the adidas stripes in white while there is yellow trim on the collar, sleeves and the bottom of the shirt.

The yellow trim suggest that there might be a yellow change shirt but since the away shirt thought to be white, the third kit could feature yellow. Chelsea have not worn a yellow kit since their 2007/08 away kit. 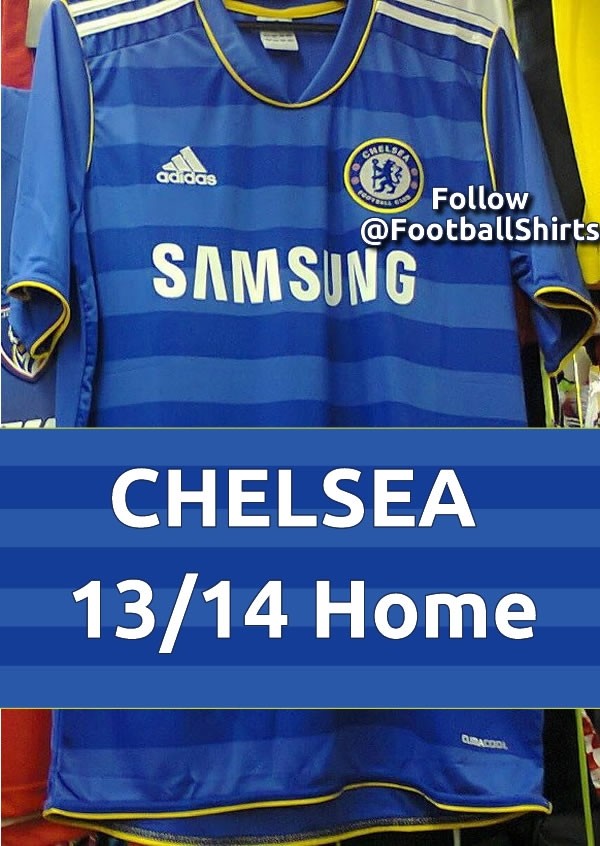 Chelsea’s 2013/14 away shirt will be white with blue trim on the collar and the sleeves. There is a blue and a red stripe going across the chest above the sponsor logo. The adidas pin-stripes will also be blue. 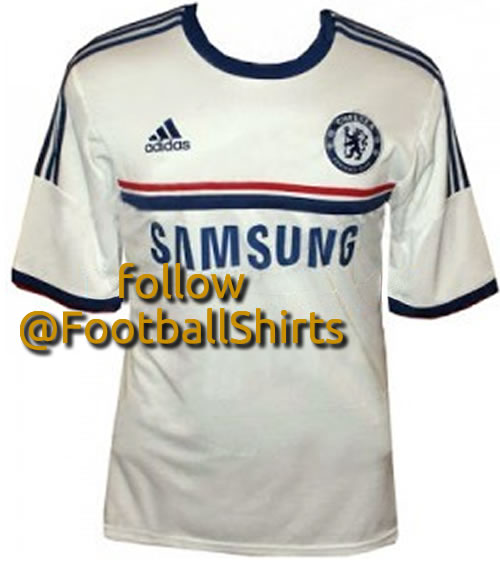