A top-of-the-table clash is typically frenetic, fast-paced and laden with quality of the highest order. When Jose Mourinho is in charge of one of the sides though, that may not always be the case. The Portuguese once again did what was required under the circumstances as Chelsea more or less held out for a 1-1 draw against Manchester City at Stamford Bridge. This maintained their 5-point lead at the top of the table going into the last three and a half months of the campaign.

It was the home side that took the lead with a fantastic goal. After some brilliant build-up play, a long ball from Branislav Ivanovic was crossed first-time by Eden Hazard for Loic Remy to tap into an unguarded net. The Frenchman was starting in place of the suspended Diego Costa and justified his selection ahead of Didier Drogba. 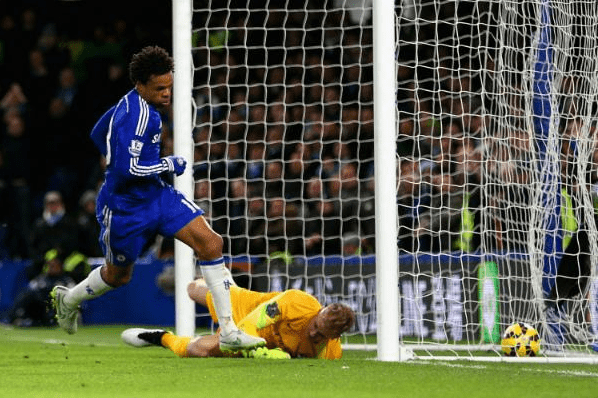 City though, struck back immediately. After a poor punched clearance from Thibaut Courtois, Sergio Aguero’s volley was bundled in by a sliding David Silva.

In the end, despite constant pressure in the second half, Manuel Pellegrini’s men were unable to score the winner and bridge the gap on Chelsea. The game itself may have not been as exciting as expected, but this result could have major repercussions in the title race.

1) A good result for Chelsea, they are very much the favourites for the title now.

The home fans were left frustrated at times in the second half as Chelsea struggled to keep possession. City were very much the dominant side, but in the end, they were unable to carve their way through a solid Blues backline. It wasn’t pretty, but Chelsea managed to grind their way through to a point they will be very happy with. They only managed three shots on goal in the whole match, and none in the second half. That was their lowest total in any game since the 2003/04 season.

This was the only game remaining where City had a chance to directly make sure they reduced Chelsea’s lead at the top. Now, it’s all in the Blues’ hands. A comparison between the fixtures remaining for both sides shows that Mourinho’s men are very much in the pole position to dethrone City. While Chelsea’s only tough test away from home is against Arsenal, City still have to go to Liverpool, Manchester United and Tottenham.

When Kurt Zouma was brought in ahead of Gary Cahill in midweek for the Capital One Cup semi-final against Liverpool, it was thought to be a temporary rest given to the Englishman. But unexpectedly, it was Zouma who took the field again yesterday alongside John Terry. Cahill’s form has been on the descent throughout this season, after a brilliant campaign last year. The right side of the defence, consisting of Cahill and Ivanovic, has been under-performing all season and most of the goals Chelsea have conceded have come from here. 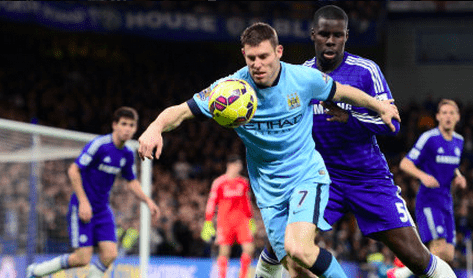 Zouma, on the other hand, was brilliant yesterday, dealing with the threat of Sergio Aguero effectively throughout the game. The 20 year-old still has a long way to go, but playing with Terry, one of the best centre-backs ever in the Premier League, can only do him good. The Frenchman’s chances of getting into the first XI were looking few and far between at the start of the season, but when the opportunity has come, he has grabbed it with open arms.

The after-effects of playing 120 minutes in midweek told on Chelsea’s performance in this game. Eden Hazard, Oscar and Willian, who all worked their socks off in that match, were unable to exert their influence yesterday. Hazard hardly got into the game in the second half, while Oscar and Willian were restricted very much to their defensive duties.

The following was Hazard’s heat map from yesterday, clearly showing the lack of influence he had on the game: 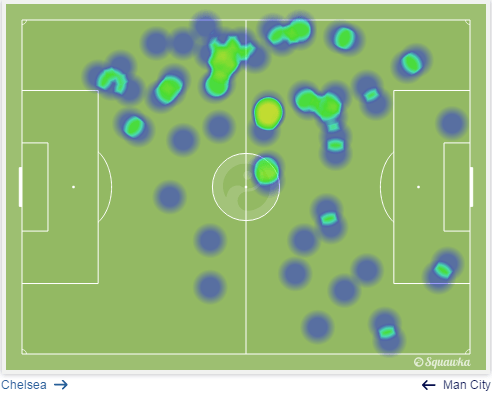 Despite that, he assisted Chelsea’s goal with one of his only touches inside the Man City box.

All in all, this may not be a game that is remembered for too long. But had the result been other than what it was, the title race could have swung drastically either way. As it is, we are exactly where were at the start. With one fewer game remaining, Chelsea are edging closer and closer to the title after coming out of this one unscathed.